It's that time of the year when carnival celebrations are underway and I have to say it's fun seeing all the bright colors and various dances being performed during this festive time. Carnival is celebrated in South & Central America, Mexico and some parts of Europe, it's usually celebrated before Lent - a season during which some christians focus on prayers and fasting in order to get closer to God.

Carnival was introduced to South and Central America by the Spanish and this tradition has stuck over the years as can clearly be seen in the present day. In Ecuador the celebrations have been taking place since the beginning of this week in various cities but the main days when the celebrations will come to a head are on the 16th and 17th of Feb. The media has been doing a good job of announcing the various events taking place in different cities and for some of us who delayed in making reservations outside Quito, there have been entertaining events being held around the city so it doesn't feel so bad not being in the heart of the action.

The main cities where I have heard that carnival is really fun here in Ecuador are Ambato and Guaranda. In Guaranda it's supposedly more wild with people playing around with: water, eggs, flour and all sorts of "goodies' so if you are like me and are not into getting wet and dirty then Guaranda isn't for you. In Ambato I was told it's more chilled out, prettier and the celebrations focus more on parades and performances, it's actually illegal in Ambato to splash people with water or throw any other stuff at them (now that's my kind of place).

Since we didn't look for accommodation early enough in Ambato, we are stuck in Quito but determined to make the best of it. I have been checking out the various celebrations around the city and it's not so bad. Most schools have been closed since Thursday and the streets have been empty, for the following week a lot of businesses will be closed on Monday and Tuesday (16th and 17th) because of the festivities. I managed to take some pictures of the festivities I witnessed earlier on today, enjoy.......... 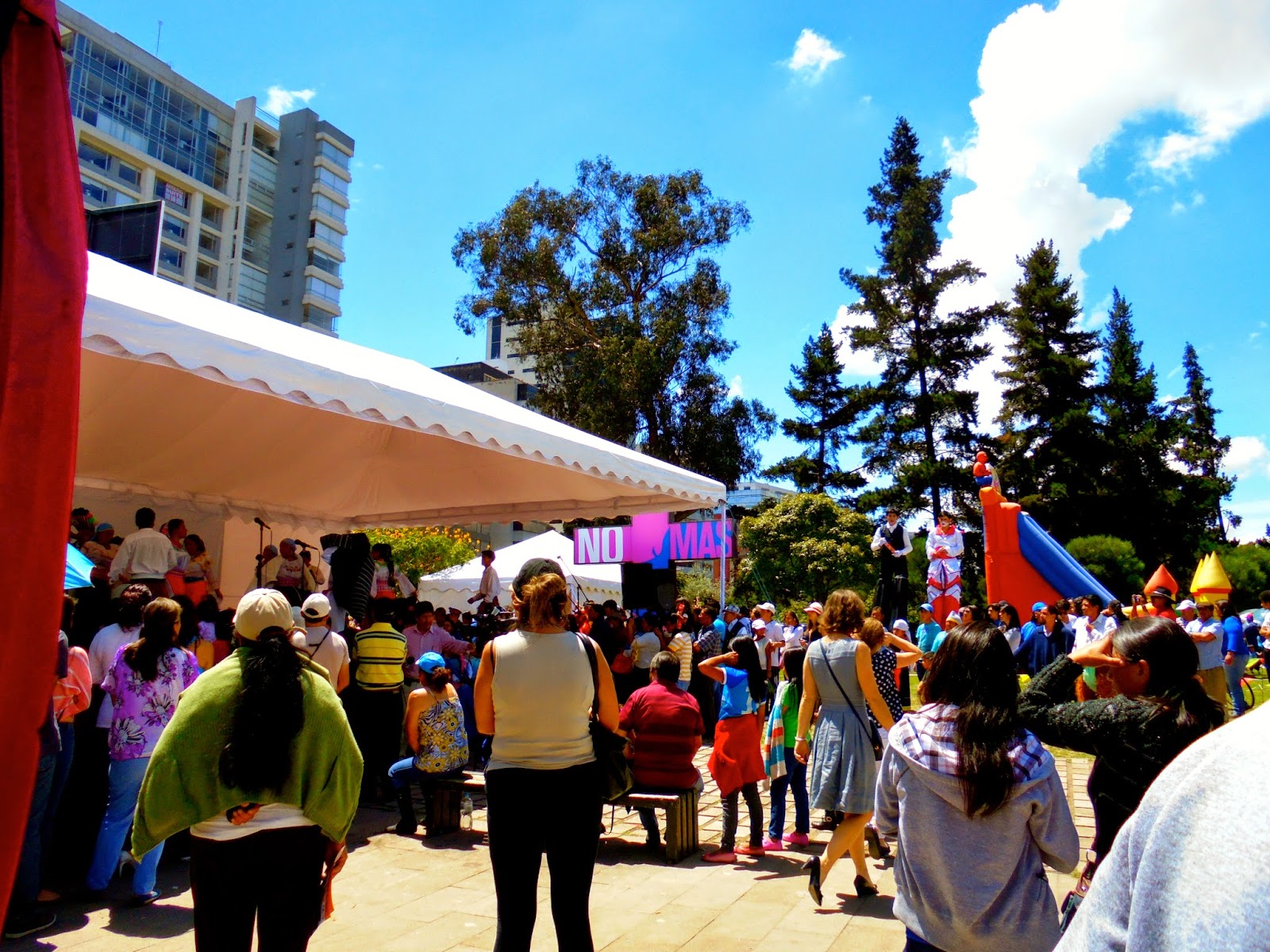 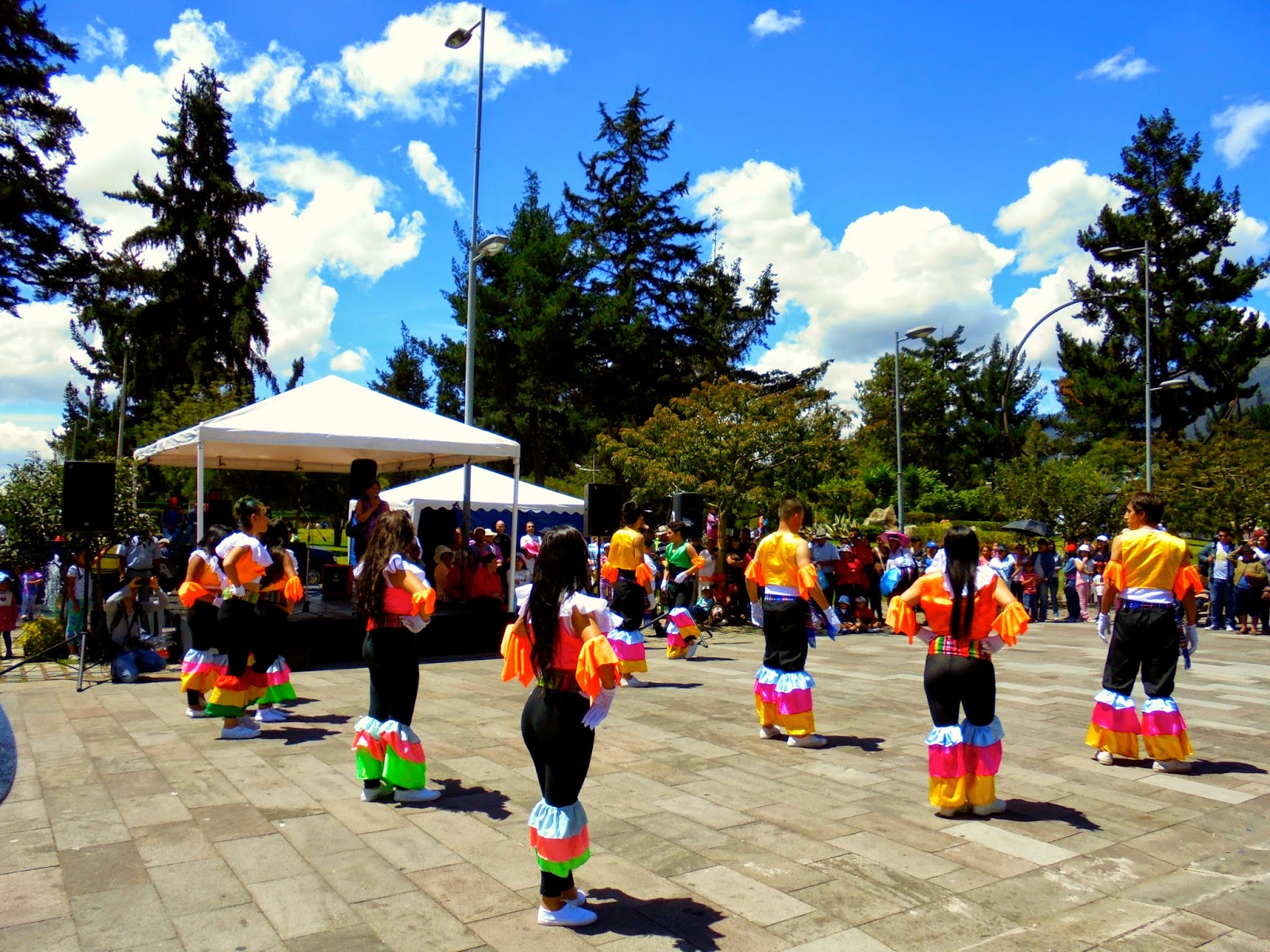 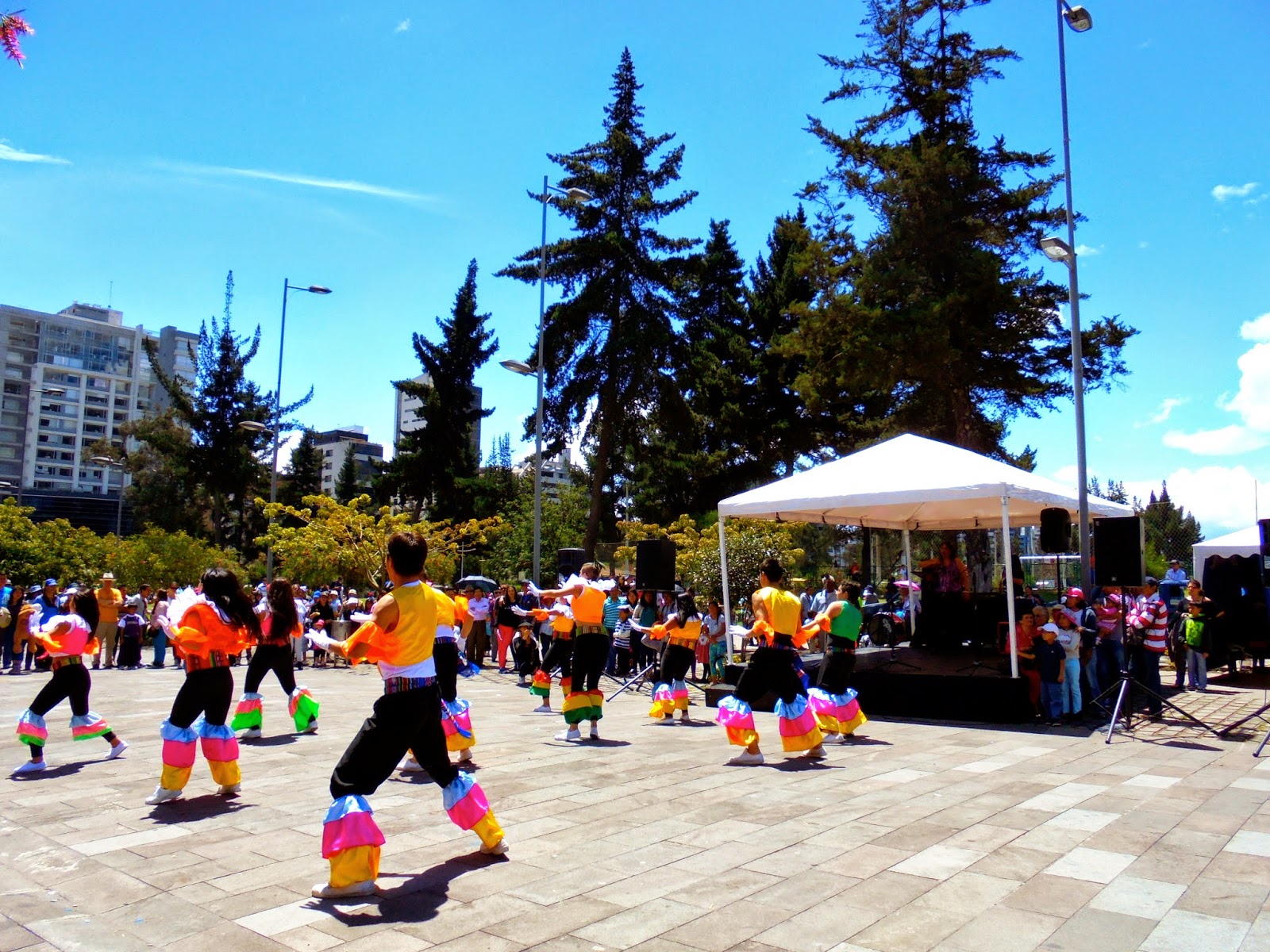 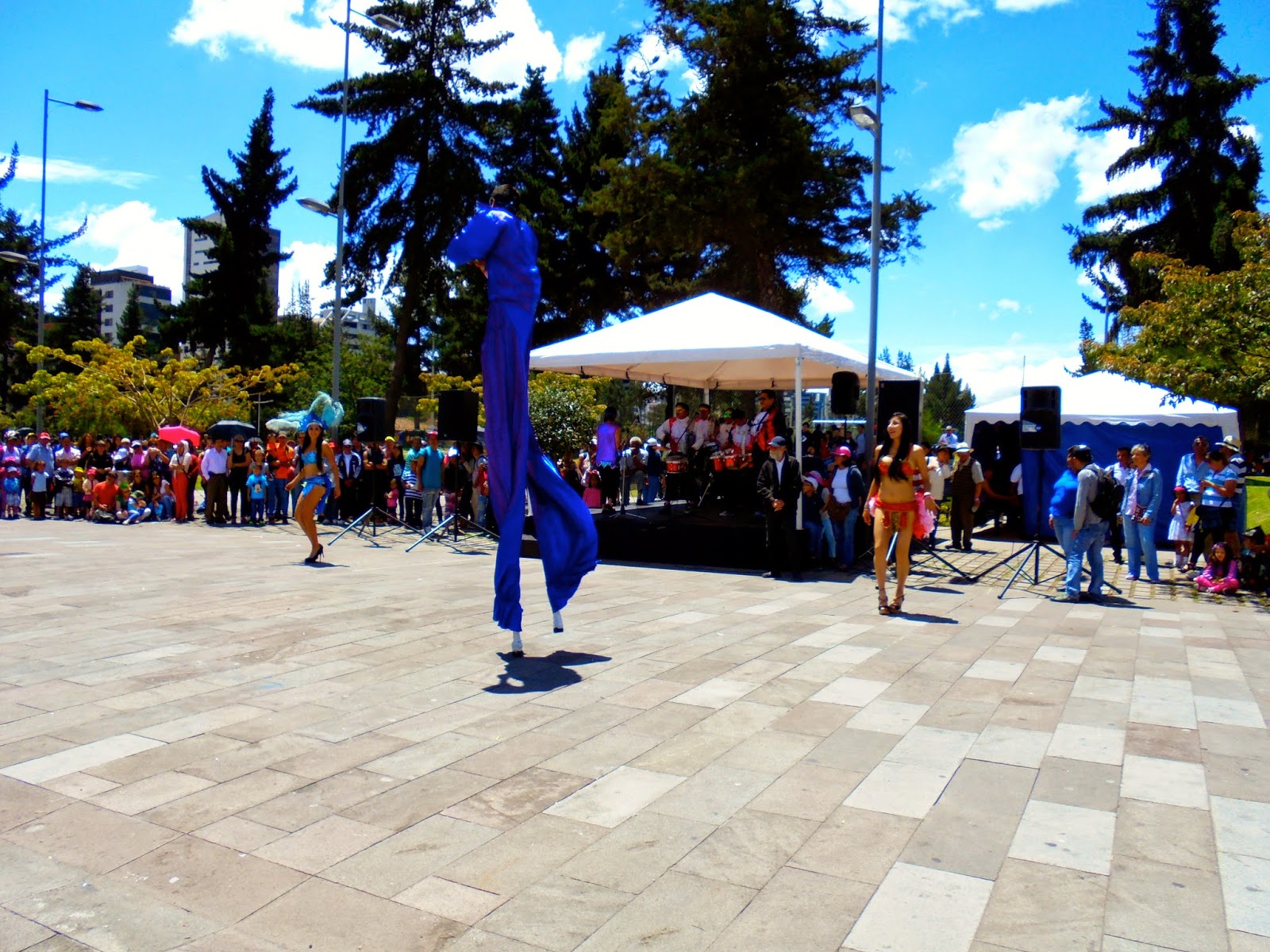 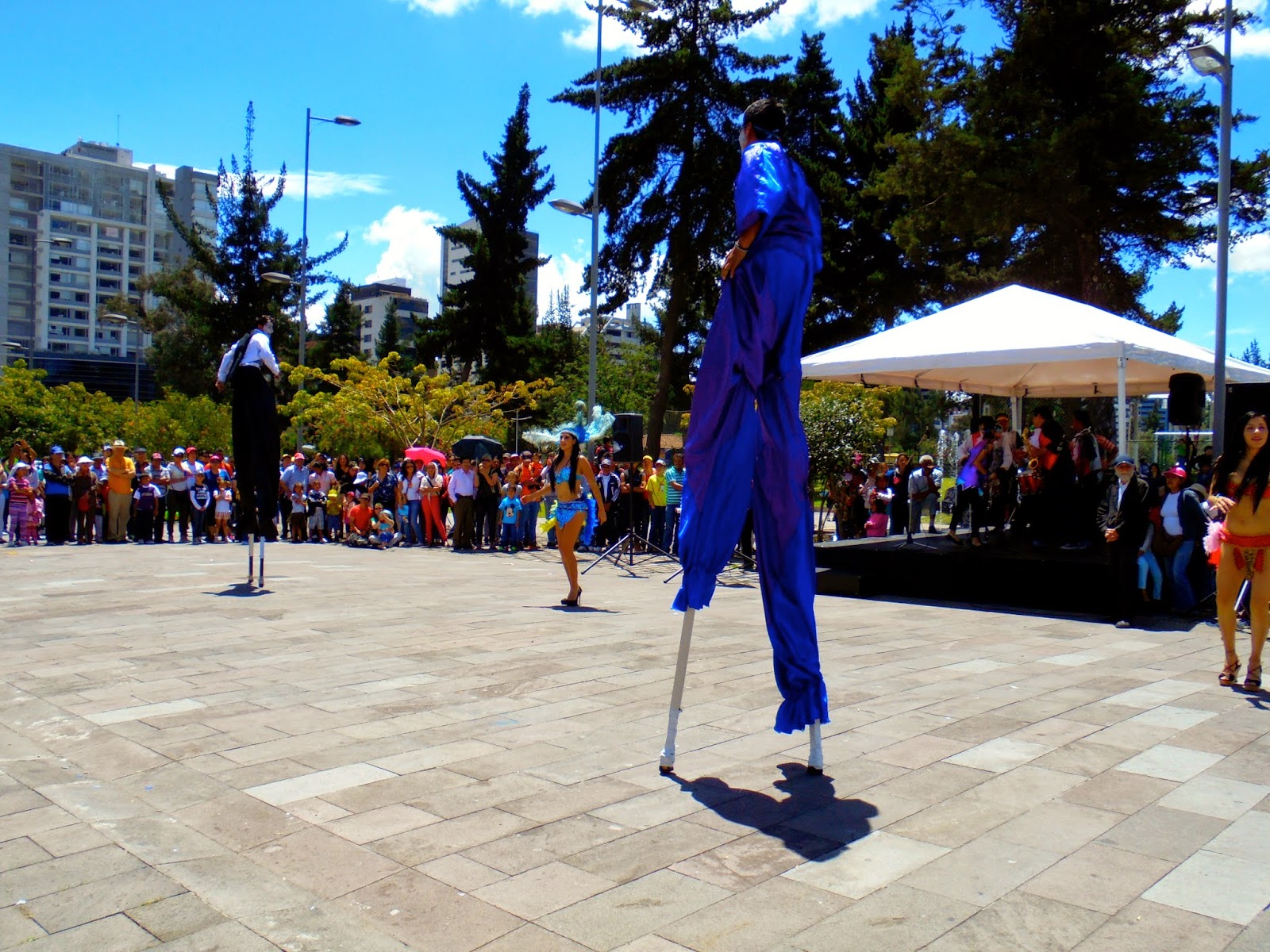 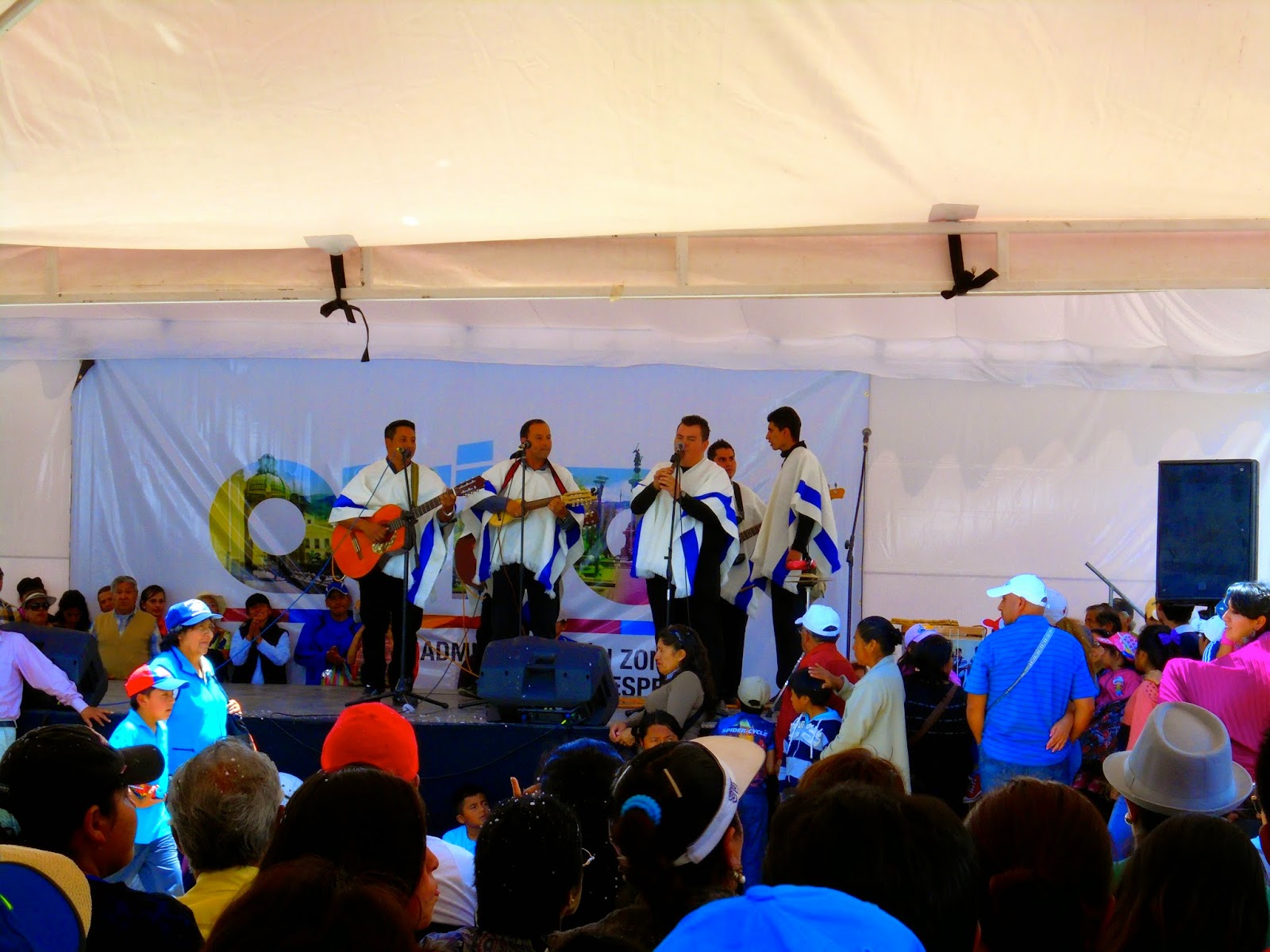 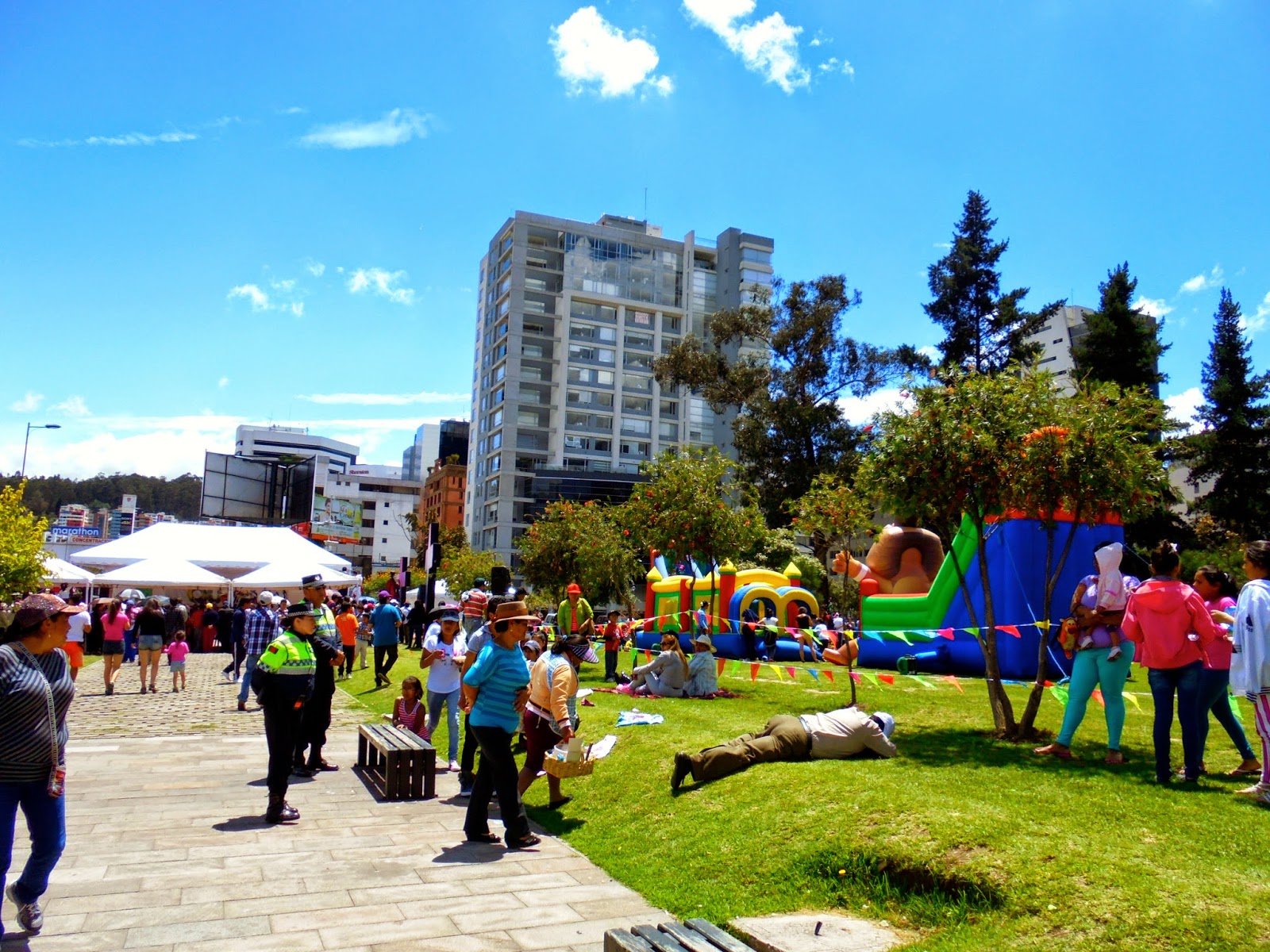 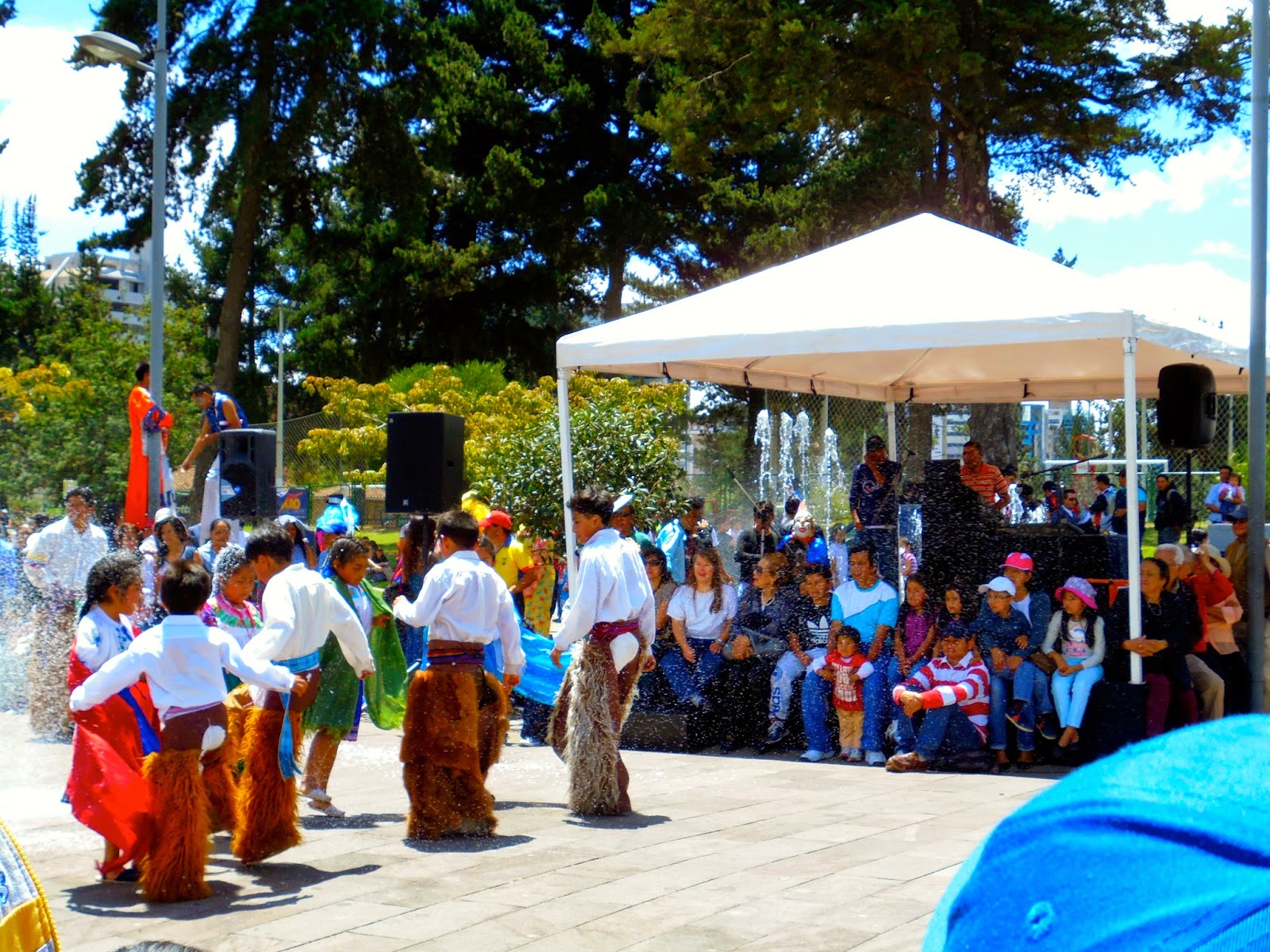 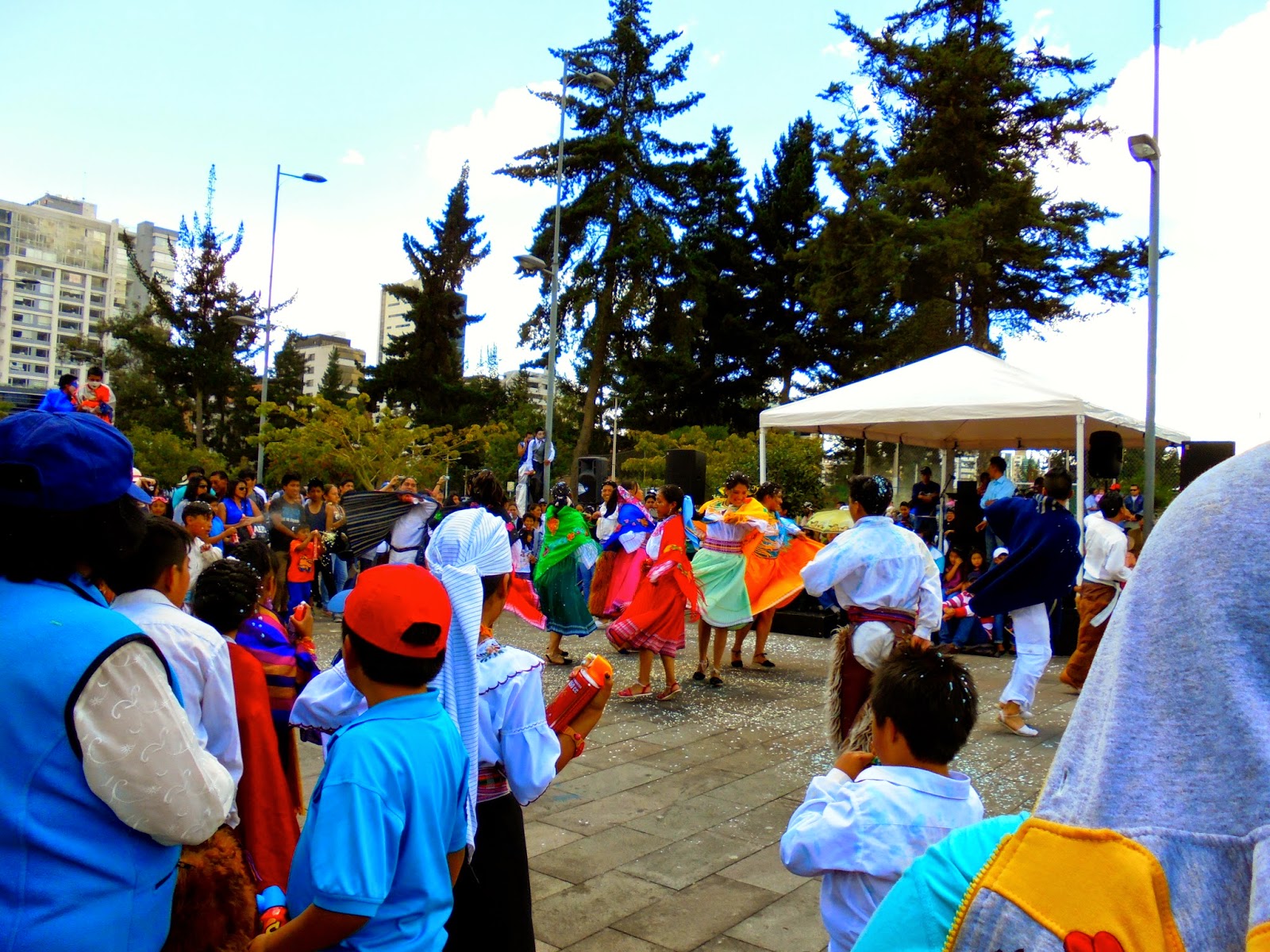 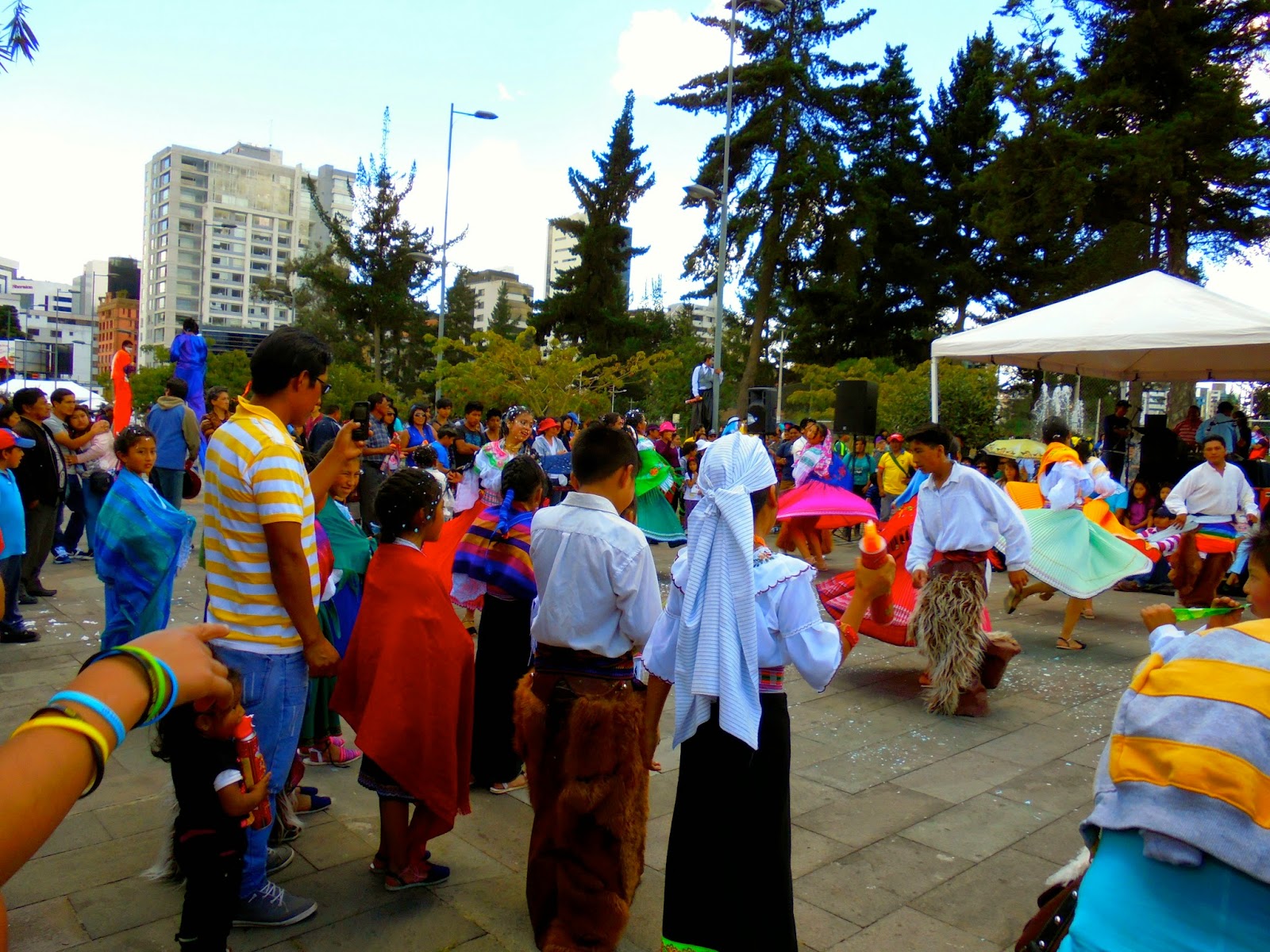 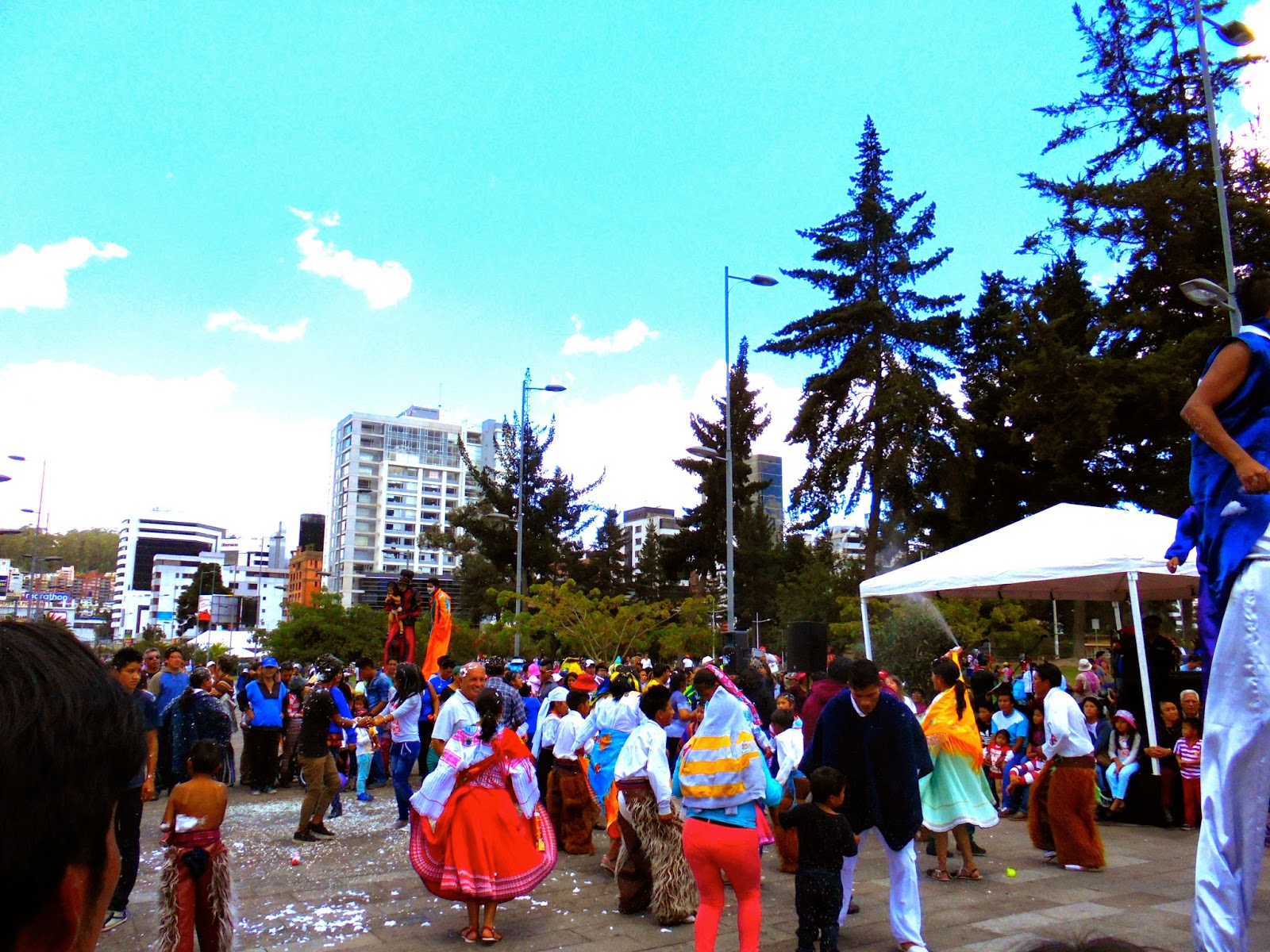 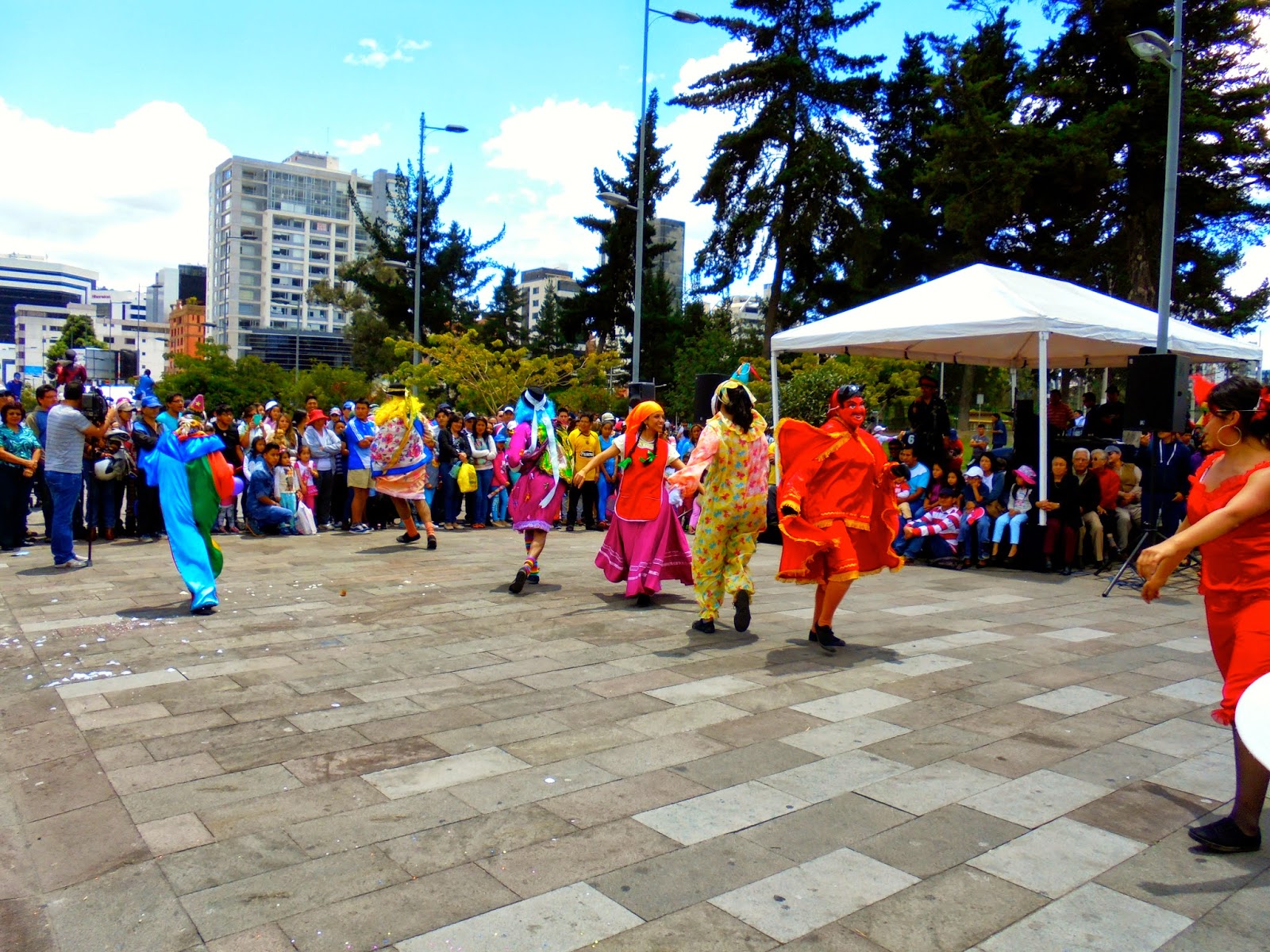 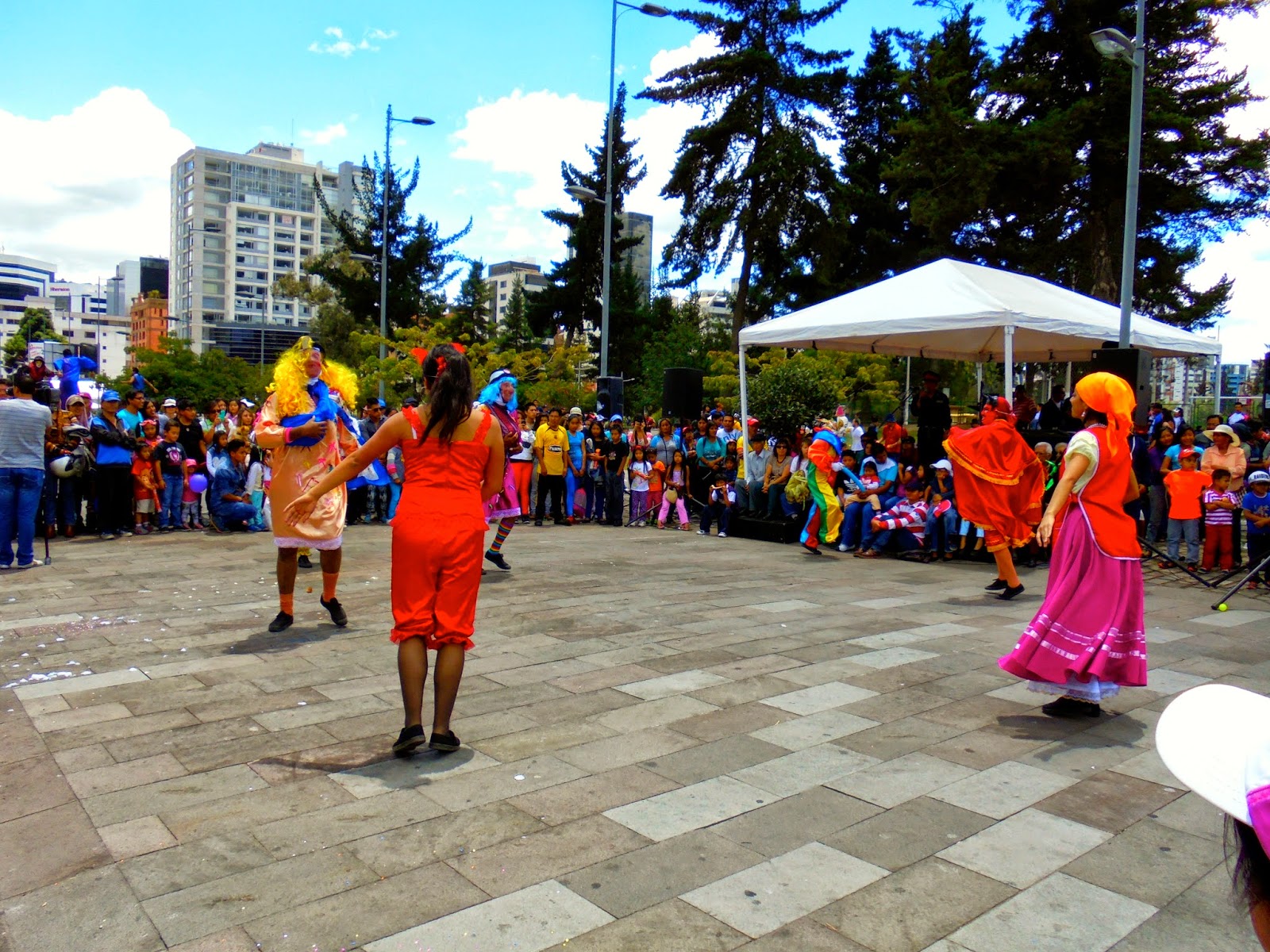 That's it folks, the celebrations in Quito may not be as grand as other cities but it's still fun watching the performances and colorful displays. Tomorrow there are some festivities taking place in downtown Quito and I am planning on checking them out so stay tuned for Carnival updates.

Before I forget, feliz dia de san valentin for those who celebrate Valentine's day.

There is no shortage of telenovelas on local channels here in Ecuador, there are telenovelas mostly from: Colombia, Mexico, Venezuela and Brazil. I have to admit that I have become a bit addicted to some of them and my all time favorite is from Colombia, it's called Los Graduados (The Graduates) I just love it and the story line is actually pretty good. There is also another show that I like called Caso cerrado (Case closed), it's one of those family court shows like Judge Judy in the US. I swear it gets so dramatic especially when arguments ensue that sometimes I wonder if the people involved are not paid actors meant to hype up the show. At the beginning of the show the judge herself who is Cuban raps a little bit to the theme song of the show, you should see me at 5 pm singing along with the judge "caso cerrado Ooh! Ooh!" I can't lie, I am hooked to these shows.

Speaking of novelas, there is one that comes on late at night called La Rosa de Guadalupe it usually has moral teachings at the end and is also religious. The ironic thing is it comes on late at night when advertisements about sex are all over the place so imagine coming from watching someone praying earnestly to suddenly being bombarded with advertisements illustrating sex positions, opportunities for hooking up if in need of sexual favors or "guaranteed" portions for libido enhancement. It never ceases to amuse me. Another thing that never ceases to amuse me here is how shows transition on TV, you can be watching a show then all over a sudden a different scene comes on and you are like, "huh? what just happened?" turns out the show you were watching just ended and immediately they proceed to the next show without any warning.

We have a Colombian neighbor and when we first moved in the landlord warned us that the guy drinks a lot but he re-assured us that he is pretty harmless. One day he was really wasted and as my boyfriend was taking out the trash he started chatting him up asking him where he is from. When he heard the Dominican Republic he was so excited and started saying how much he loves Dominicans and Cubans because they are warmer and easier to deal with than Ecuadorians, plus he loves their women. He then proceeded to say at the top of his voice that my boyfriend will never sleep hungry for as long as they are neighbors because he will always feed him when in need, so my boyfriend should knock on his door if he needs plantains, rice or bread. I was in the living room listening to all this and just laughing thinking "this dude is wasted!". Now we have a joke between us, whenever my boyfriend says he is hungry or wants to eat something I tell him to go knock on the Colombian's door for food or sometimes he will say, "I feel like eating plantains, do you think I should go knock on the Colombian's door?" You just had to be there to hear the dude talk to appreciate the humor.

I do miss Colombia and sometimes I think to myself how cool it would have been if circumstances were different and I had met my boyfriend in Colombia instead of Ecuador. I have nothing against Ecuador, I just prefer Colombia. Ooh! well, it is what it is.