After bumming around in the resort doing nothing but pigging out and drinking countless cocktails, we decided to do a city tour of Puerto Plata today just to break the monotony and see what is out there. We booked the tour through the resort and opted for the early morning tour just so that we could escape the scorching sun later on in the day.

The tour started at 8 am and even though both of us were feeling so lazy about getting up given how late we have been sleeping, we braved through it. The first stop was the Teleferico de Puerto Plata which is a cable car that takes you high up in the mountain and you get to see some really cool aerial views of the city. As we were ascending you could feel the change of temperature, it got colder and actually started drizzling which luckily didn't turn out into full blown train. Our guide had told us that it takes 10 minutes to ascend, I thought the ride was pretty mild and peaceful but some folks in the cable car were freaking out, it may have been because of the height but as you can see in the picture below, I was not afraid of any height. 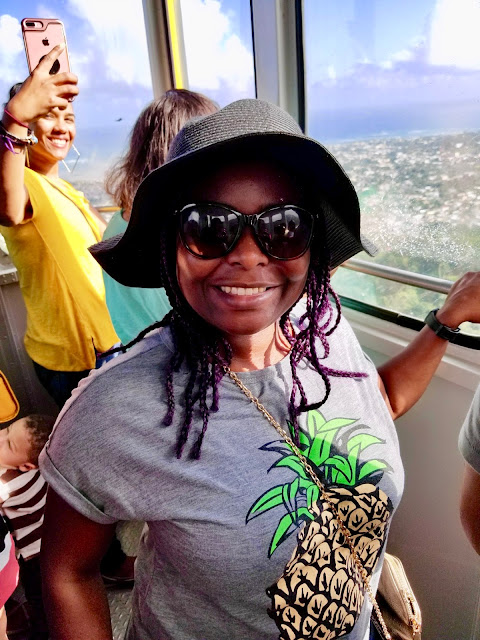 See how lush and beautiful the mountains and surrounding areas are? it reminded me so much of Ecuador. 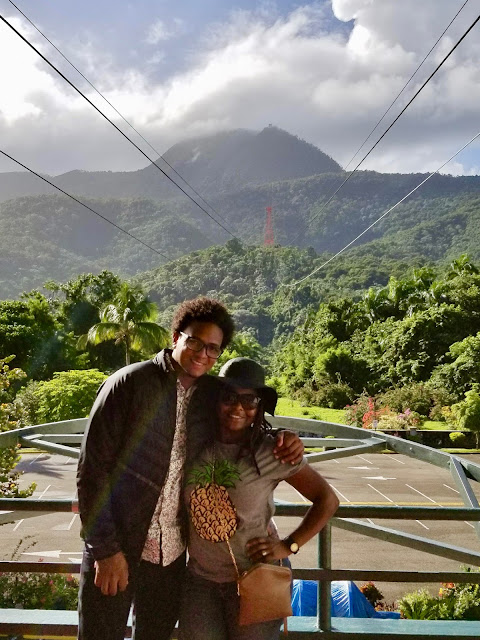 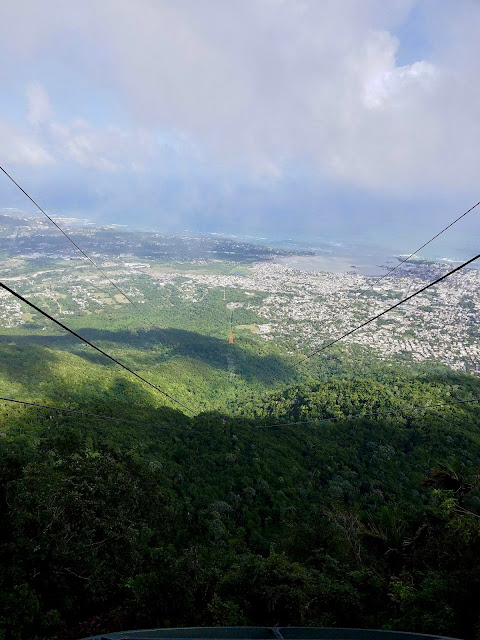 Once we got to the highest point and got off, there were folks around offering to take pictures in exchange for tips so we decided to go for it and have a little bit of fun. The guy who was taking our pictures was hilarious as he kept coming up with different poses and suggestions, it was all in good fun and we had a few laughs. 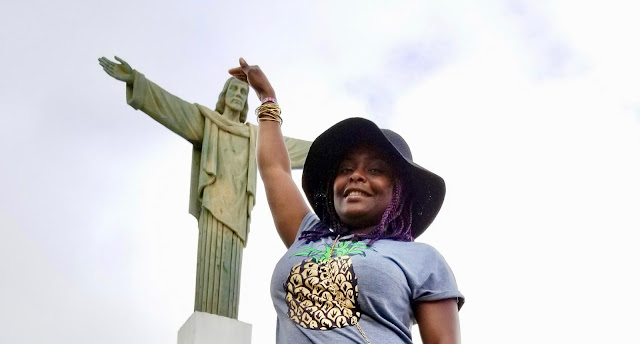 After getting done with the cable car we went to a factory that produces rum and got to taste some samples. Rum is way to strong a drink for me but they had some with sweet flavors but you could still taste how strong the drink was. Getting inside the factory felt like going into a dungeon, it was dark and had an underground feel to it which was a bit creepy at first. I hope the pictures below give you an idea of what I am talking about. 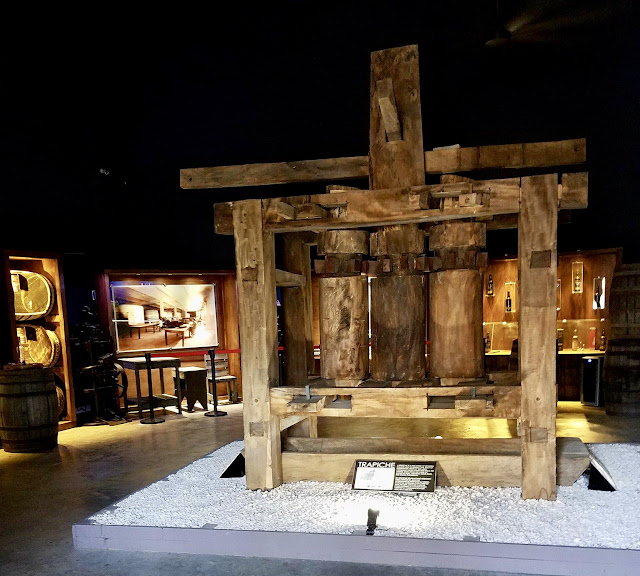 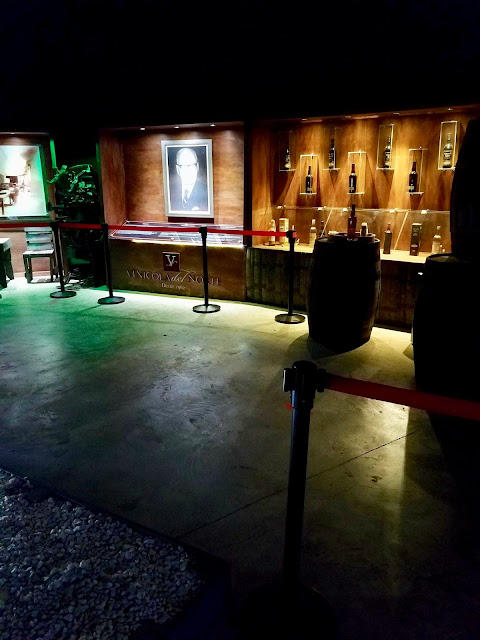 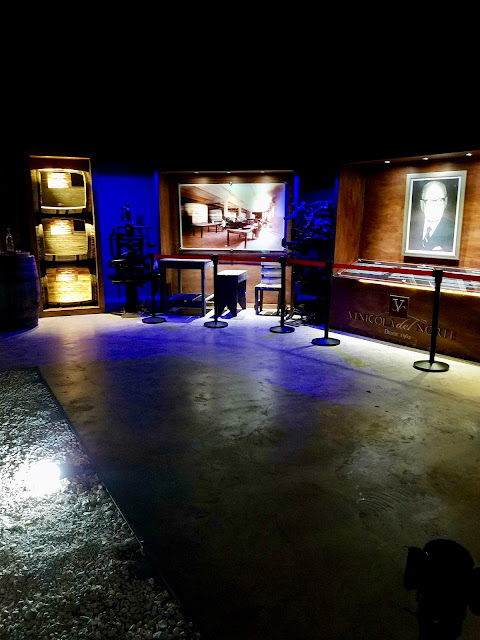 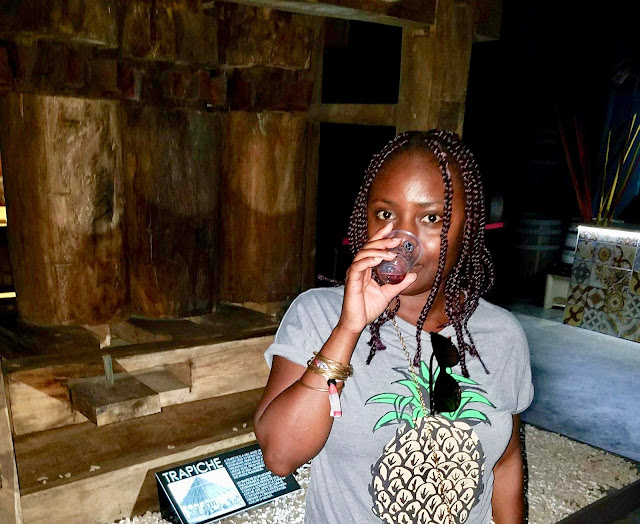 We hit up a couple more factories but I can't say there was much to write home about. I think at this point  I have checked out enough chocolate and jewelry making factories that nothing wows me about the process anymore. Besides, it got a bit exhausting going from one factory to another to be shown a five minute video and quick demonstration of the process before being given time to buy some of the goods if you so wished. I was telling my husband it felt like we were being dragged around to spend more money and it just wasn't fun at all.

The guide finished the tour by briefly showing us parts of the city with historic significance but he skimmed over the explanation so quick that I don't even know exactly what he said about where we were. At that point my husband and I were bored and ready to head back to the resort as we both realized how bogus the whole tour was considering the price we paid for it. Such a rip off but at least I got to take a few cute pictures which you can enjoy below.... 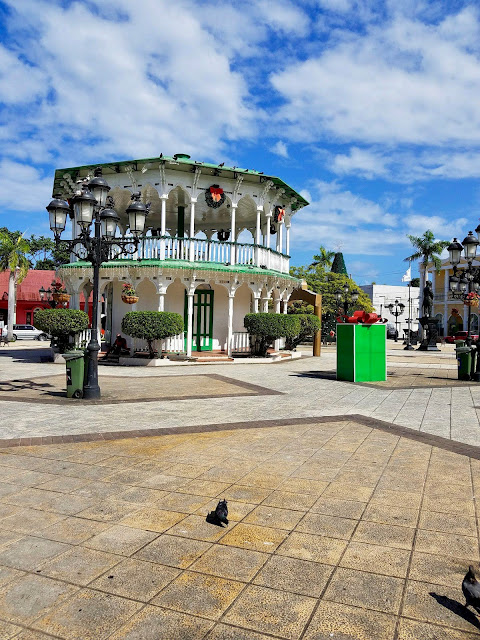 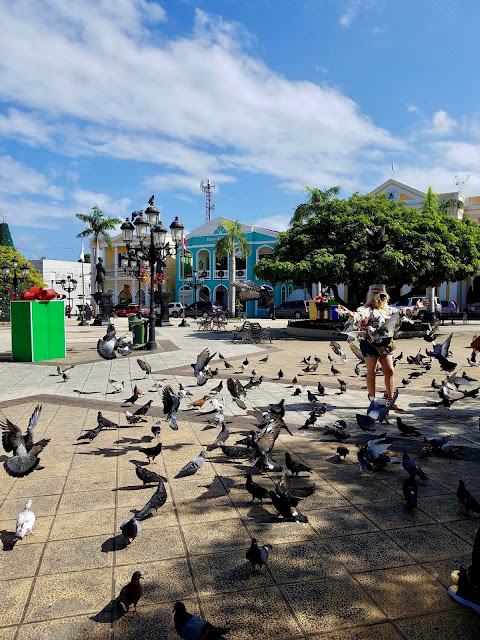 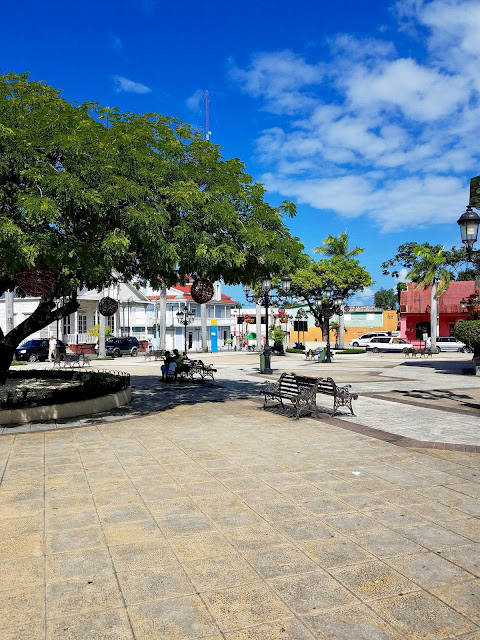 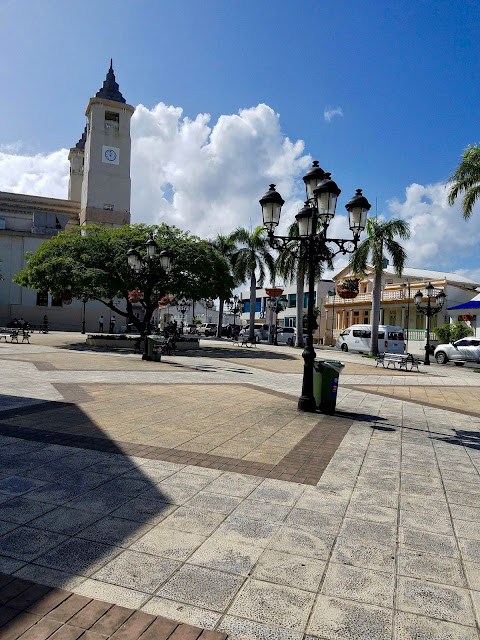 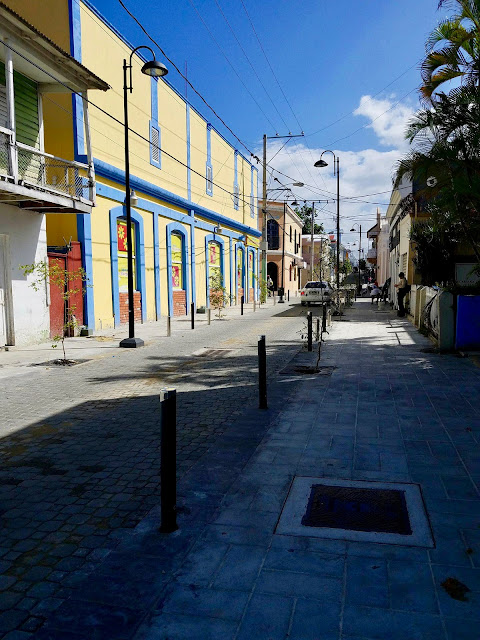 My conclusion about the whole experience.......total waste of money! I don't even think we got anything out of the tour and if you ask me what I learned about Puerto Plata I don't have shit to say, the only positive aspect of it was going up on the cable car. Other than that, everything else was just bullshit (excuse the bad language but that's an expression of my annoyance with the whole thing).

If I got a dollar for every time someone here in the DR has asked me when I am getting pregnant, I think I would have quite a nice stash. These are the frequent questions I keep getting: When are you getting pregnant? why are you not pregnant? don't you like babies? next time you visit we hope you will visit with your own baby..........and it goes on and on....

Sheesh! never has my womb received this much attention outside of my gynecologist's office. Mark you, my husband never gets asked about babies, it all falls on me "when will you give your husband a baby?" Uuum?! last time I checked getting pregnant was a two way thing, a baby is not mine to give.

I was hanging out with some of my husband's cousins who are super attractive and have very nice hour glass figures. In my mind I was thinking, "I should find out from them how to get my stomach that flat because my waistline has been struggling since I hit a certain age!" let's just say the secret to those perfect hour glass figures is an appointment with certain doctors here on the Island, turns out they all got liposuction and boob jobs (they are very open about it). I must admit their doctors did a very good job because you can not tell they had work done. The DR is pretty popular with cosmetic surgery so it comes as no surprise, some women from the US come here to get work done on the cheap.

Not all his cousins have had work done though and the ones who got work done didn't even need it to begin with. Seeing their before pictures I thought they were just fine, but I guess to each their own.

I thought men in Cali, Colombia were fussy about their looks until I met Dominican men. I am talking about very well manicured hands, nicely shaped & meticulously tweezed eyebrows, no armpit hair to be seen, outfits put together well and hair very well styled and groomed.

I think the DR has some really attractive people. There is a lot of mixture here and some of the outcome is very unique and striking, I have seen some of the most beautiful complexions that can not be described. I have also seen the cutest kids ever! they are so adorable you just want to hug them tight and pinch their cute little cheeks (as weird as that sounds).