What I Miss About The Dominican Republic

What can I say? all good things do indeed have to come to an end, I left the Dominican Republic a few days ago and I have been feeling a bit bummed. You know how it is when you go on a vacation and enjoy yourself then have to come back to the humdrum daily routine of normal life? yeah, I am experiencing vacation withdrawals and as I am going through some of the pictures I took during my vacation, I realize there are a lot of things I am missing about the DR.

In the DR I was always surrounded by people, mostly my husband's family whose company I immensely enjoyed. In the late morning we would pass by the sister in law's saloon which was like the centre of all action and seemed to be the meeting point of everyone. We would hang out chatting as both the mother in law and sister in law worked. All the clients were from the same neighborhood so there was a lot of familiarity and gossip which I actually enjoyed, hey! don't judge me, who doesn't enjoy gossip every now and then?

We would then leave to run errands before going to the mother in law's for a good home cooked lunch. That woman can cook and she was always asking me what I wanted to eat for the day. If I hesitated because I didn't want to bother her with cooking for us daily, she would say "it's okay, don't be shy! I love cooking just tell me what you like and I will make it." Le sigh! no words have ever sounded sweeter considering the fact that I hate to cook and wouldn't mind having someone cook for me daily. Let's just say I was well fed!

After lunch I would take a siesta as my husband caught up with his friends then in the evening we would sometimes visit one of his uncles to hang out with the cousins, drink rum and just enjoy good company. His grand father lives across the street from this particular uncle so we would also stop by his house where he would always offer me the really sweet mangoes that grew on his yard. At night we would go hang out at one of his brother's house where I would immensely enjoy playing with the sweetest nephew on the planet. To cut a long story short, I miss the people the most.

Hanging out with the cousins 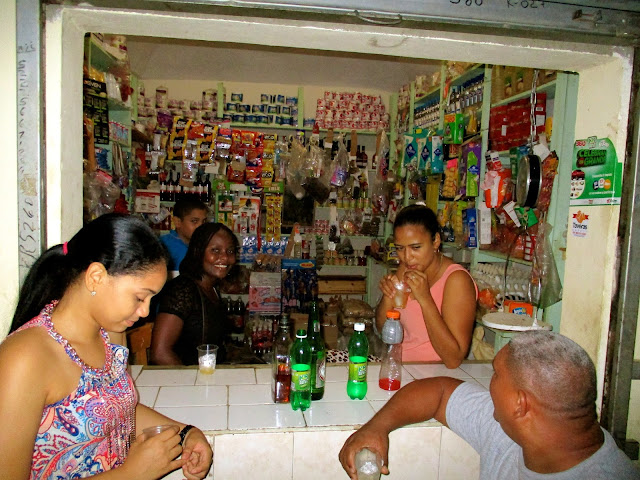 Brugal - Dominican rum which I actually enjoyed.........only because I used to mix it with a lot of coke or sprite:) rum seems to be part of the culture and all the houses we visited had a bottle of rum ready to be shared. 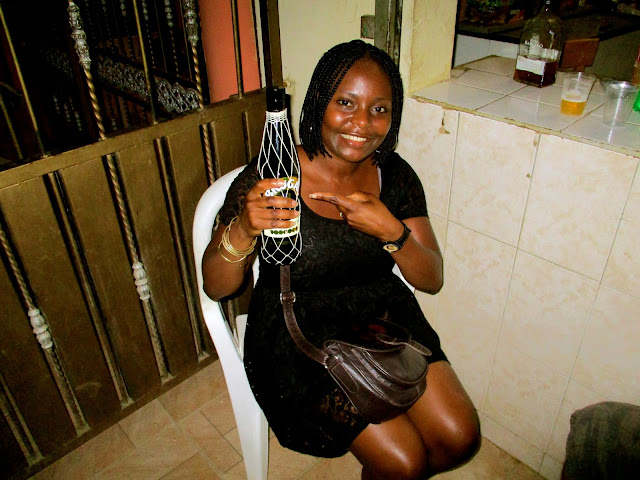 Hanging out with the brothers in law who were always teaching me the latest slang and introducing me to the latest music. 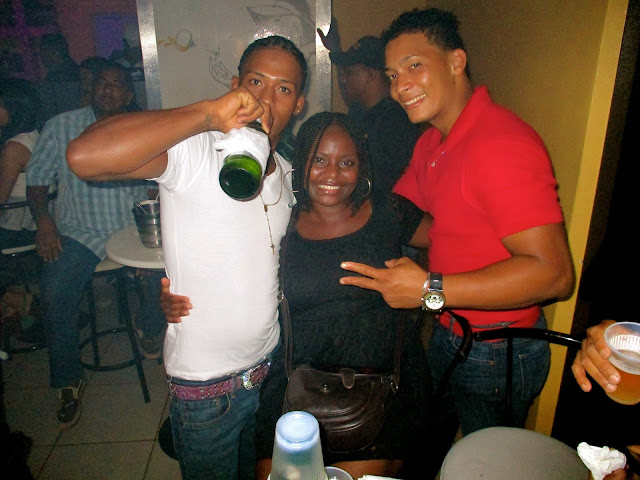 The grand dad who always had this gentle smile on his face that made you feel always welcome. 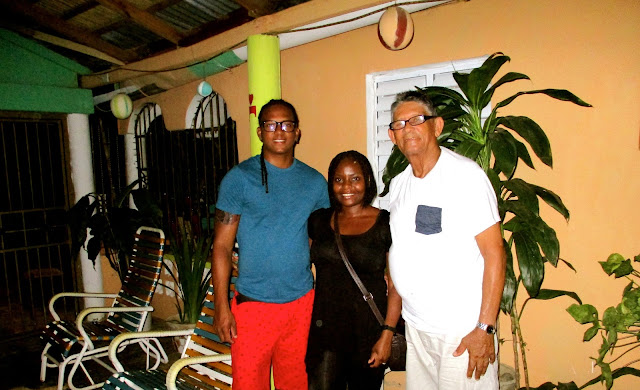 My goof ball husband at the sister in law's saloon. She was always asking him if he needed a trim or wash and condition and she would hook him up. 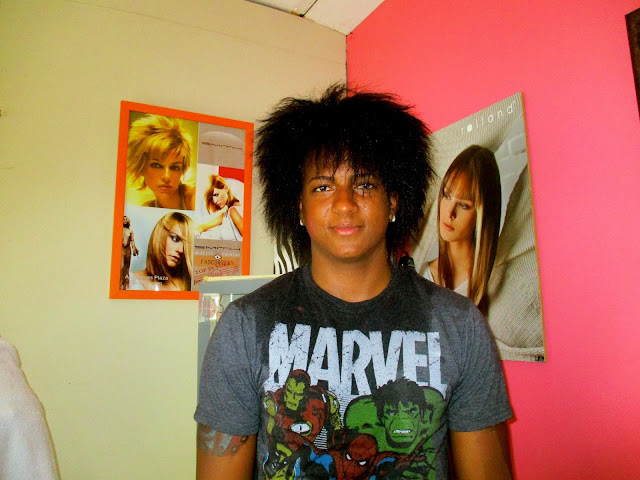 I miss the food in the DR and I can't say I was not well fed! it's actually surprising I didn't gain weight because I ate like a pig, there is just no other way to sugar coat it. Food was always being offered and my husband's family was always thrilled to have me try typical Dominican dishes. One of  his cousins who cooks really well was always inviting us for dinner and when we would show up she would have like three different varieties of meals to try.

The dad was also always inviting us to his farm to eat and hang out. There was always a lot of food and he would encourage us to eat as much as we could, he loved having us over and on my last day he had such a look of disappointed as he realized I was leaving and it was our last visit to his farm. Le sigh! I have the best in laws.

Mangu - Dominican dish of mashed green plantains topped with sautéed onions that I believe are dipped in vinegar and accompanied by some meat. It's pretty good! 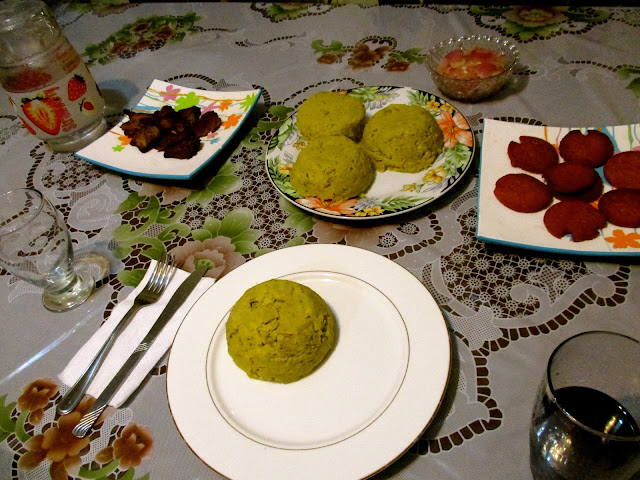 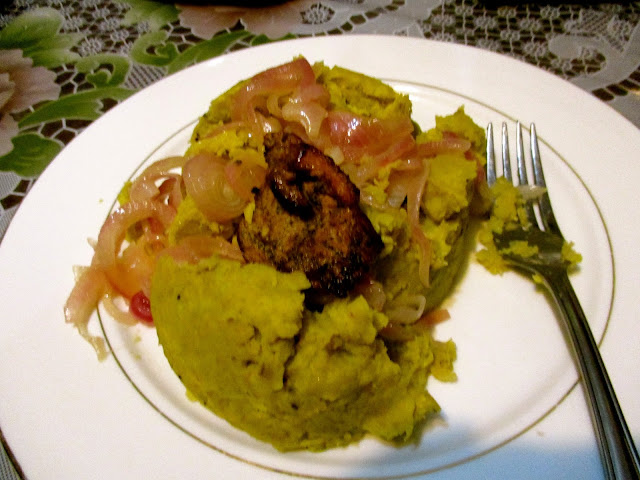 Sancocho - I had tasted Sancocho before in Colombia and Panama but the aunt insisted that Dominican Sancocho is the best, it was delicious!! and very rich in flavor. It's basically soup with meat, potatoes, corn/maize and some vegetables. I regret not carrying leftovers at the end of the night when the aunt insisted we carry something because she made so much. 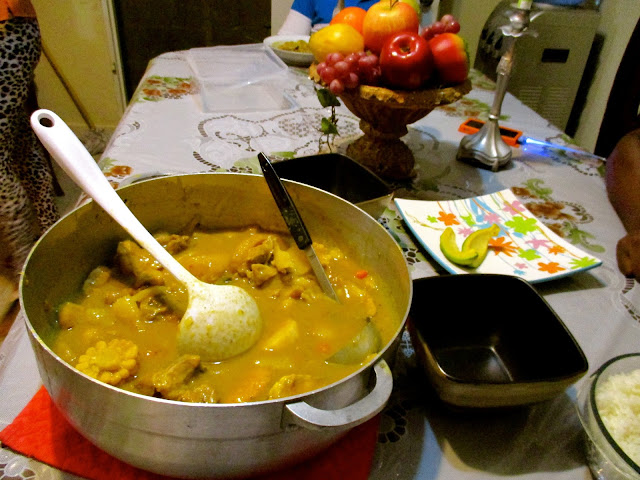 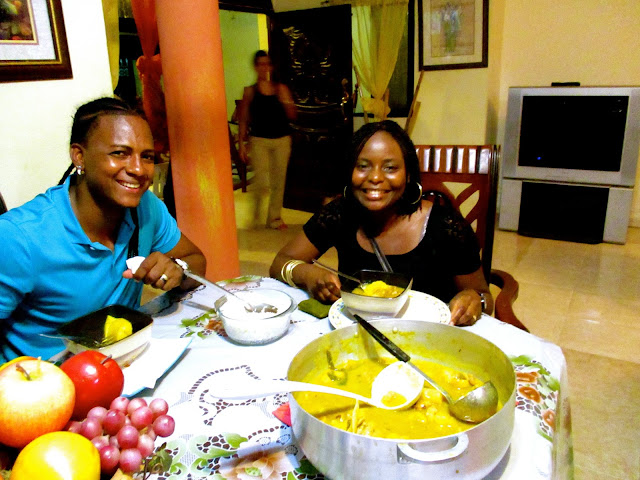 Last dinner in the DR, this was a special farewell dinner especially made for me. How sweet right? 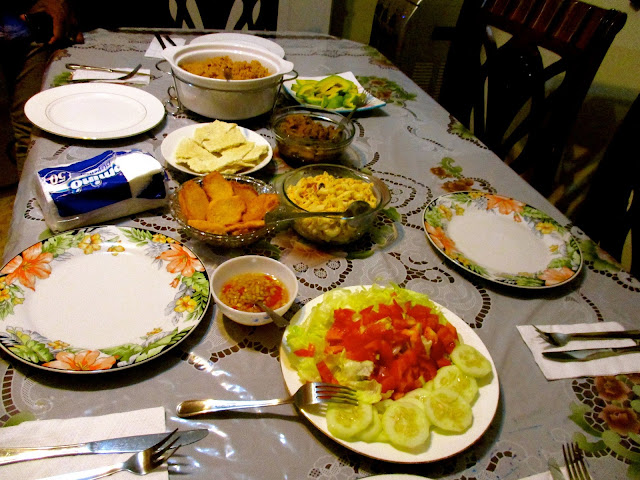 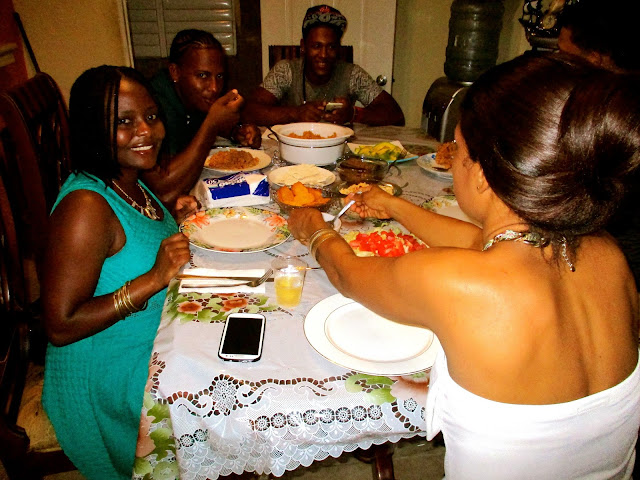 In Mao Valverde, the typical kind of music you will hear on the streets, in the clubs or in cars are Merengue tipico or Dembow (regeaton from the DR) Bachata and salsa are played but not as much. Dominican Republic is famously known for Bachata but my husband was explaining that Bachata and Salsa are more popular in the capital than in his hometown.


This is how Dembow sounds like, this particular song was the big hit when I was there and it was playing on repeat in the nightclubs. The brothers in law went crazy and so did everyone else in the club when this song came on. Some of the songs can be sexually explicit but they use a lot of slang words so if you didn't know the local slang you would have no clue as to how explicit the lyrics actually are.

Dominican accent can be hard to understand and I have had many moments where I could not understand what was being said to me but I enjoyed the accent regardless. I was talking to my Colombian friend on Skype and when I told her how clueless I was sometimes when people talked she laughed and said, "don't worry you are not the only one. I am a native spanish speaker and I can hardly understand Dominican accent." Her cousin is married to a Dominican and she was telling me sometimes she has to tell him to slow down and pronounce words fully in order to understand what he is saying. Sometimes my husband would have to clarify things for me when some people talked because they either talked so fast or they cut their words too much.

That's it folks, there are a lot of things I will miss about the DR but I will always have treasured memories and this will certainly not be my last trip there. Until next time........chao Republica Dominicana, voy a regresar pronto!

PS: I admire how Dominican women carry themselves with so much confidence and pride. I can't speak for all Dominican women but the ones I observed in my husband's hometown always carried themselves with so much confidence like they were the best and most attractive women regardless of their looks, shape or size. It was very admirable and I learned a thing or two.
- September 22, 2015