We are currently staying at a small town called Valverde Mao in the Dominican Republic, it's about 4 hours away from the capital city Santo Domingo and since it's in the interior of the country, we are not a stone's throw away from the pristine beaches that the DR is well known for. This doesn't matter to me because with the heat, the last place I want to be is outside let alone the beach where I heard the heat is even worse. I am telling you, if the locals themselves are complaining of the heat and sweating profusely that gives you an idea of how bad it is.

Anyway, enough about the heat as I am sure you get the idea. My fiancé's dad lives in el campo (farm) which is in a remote part of town where all you can see on the drive there are dirt roads and banana plantations. He hates coming out to the city so he invited us to go spend some time with him at his farm.

The drive to the farm wasn't so bad as it's not too far away from the city, you should have heard my fiancé and his brothers talking about the farm like it's so far and its so remote that getting to and from the city would be a huge hustle. Let's just say they exaggerated a whole lot!

These photos give you a general idea of how our drive there looked like. 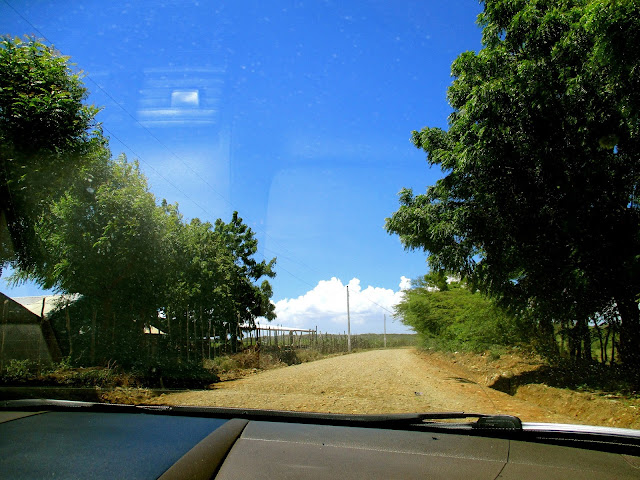 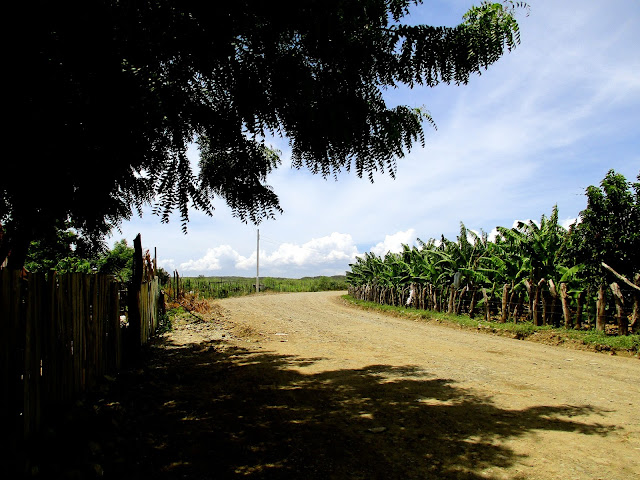 When we got there the dad was so excited to see us and there was a lot of food fresh from the farm awaiting us, heck! even the meat we ate was directly from the farm, it doesn't get fresher than that does it?

The dad showed me around and I could clearly see how happy he is living on his farm as he proudly showed off how well his crops are doing and how healthy his animals are. He has a lot of chicken, turkey, peacocks and ducks and they all listen to him when he talks, he actually treats them like his babies and they follow him around when he calls out to them. It's the cutest thing ever!

It was cool hanging out with the fiancé's dad and getting to know each other plus the ambience was very chill and relaxing. I guess the glass of rum that was provided played a huge part in it too, can you tell from my expression below?

Looks can be very deceiving, my future father in law may look very serious in photos but he is the warmest and most affectionate person ever plus he loves to laugh a lot so its weird that he never smiles in photos. Meeting him in person is very different from seeing him in pictures. 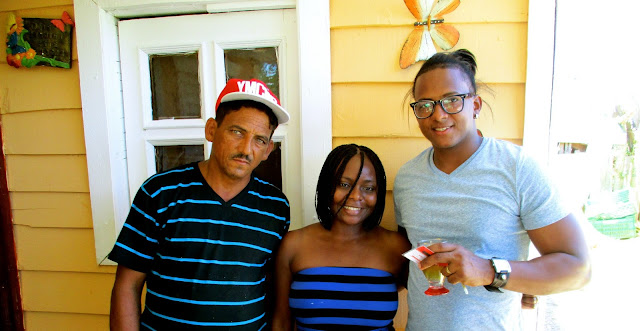 We actually ended up going back to the farm again because my fiancé's dad had promised to have duck meat prepared especially for me just so I could taste it. All this because I remarked that I had never eaten duck before, what can I say? I am getting spoiled over here.

That's my fiancé's little sister, this kid is very feisty and since she is surrounded by adults most of the time, she says the craziest things that you wouldn't expect coming from a kid. Her dad just looks at her with adoration and laughs thinking it's the cutest thing ever, she has him wrapped around her little fingers. I have to admit that when she talks its just so cute you can't help but get amused. 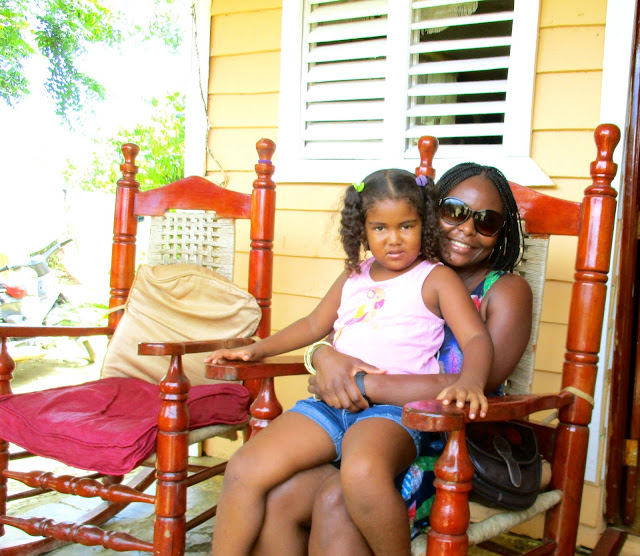 I had been warned that mosquitoes at the farm are rampant so you best believe I was well prepared with repellant but those suckers somehow managed to get a piece of me.......let's just say where there is a will there is a way and I have several mosquito bites on my butt, don't even ask how those suckers got in there but they did.

That's it folks, hanging out in el campo was all fine and dandy but at the end of the day I am a city girl through and through so it was good coming back to the hustle and bustle. I did enjoy myself though so no complaints from this end.