I was having a conversation with this guy I know here in Quito and he revealed to me that he is gay, I did have my suspicions but I figured he would tell me whenever he was ready so I never broached the subject. He was telling me about some of the issues he deals with being a gay guy raised in a very conservative family and I really empathized with him. His family doesn't know he is gay and if they ever found out they would disown him, I can't begin to imagine how that must feel like having to live with such a huge secret for fear of repercussion.

This past weekend there was a gay pride parade taking place in Quito and he wanted me to accompany him because he was feeling nervous about going alone. I did not mind accompanying him plus I was looking forward to enjoying the music and festivities associated with the parade.

We got to the parade when everything was starting out but unfortunately I could not stay for long. I was meeting with another friend so I had to leave but I did enjoy the short time I was there and even managed to take a few pictures. 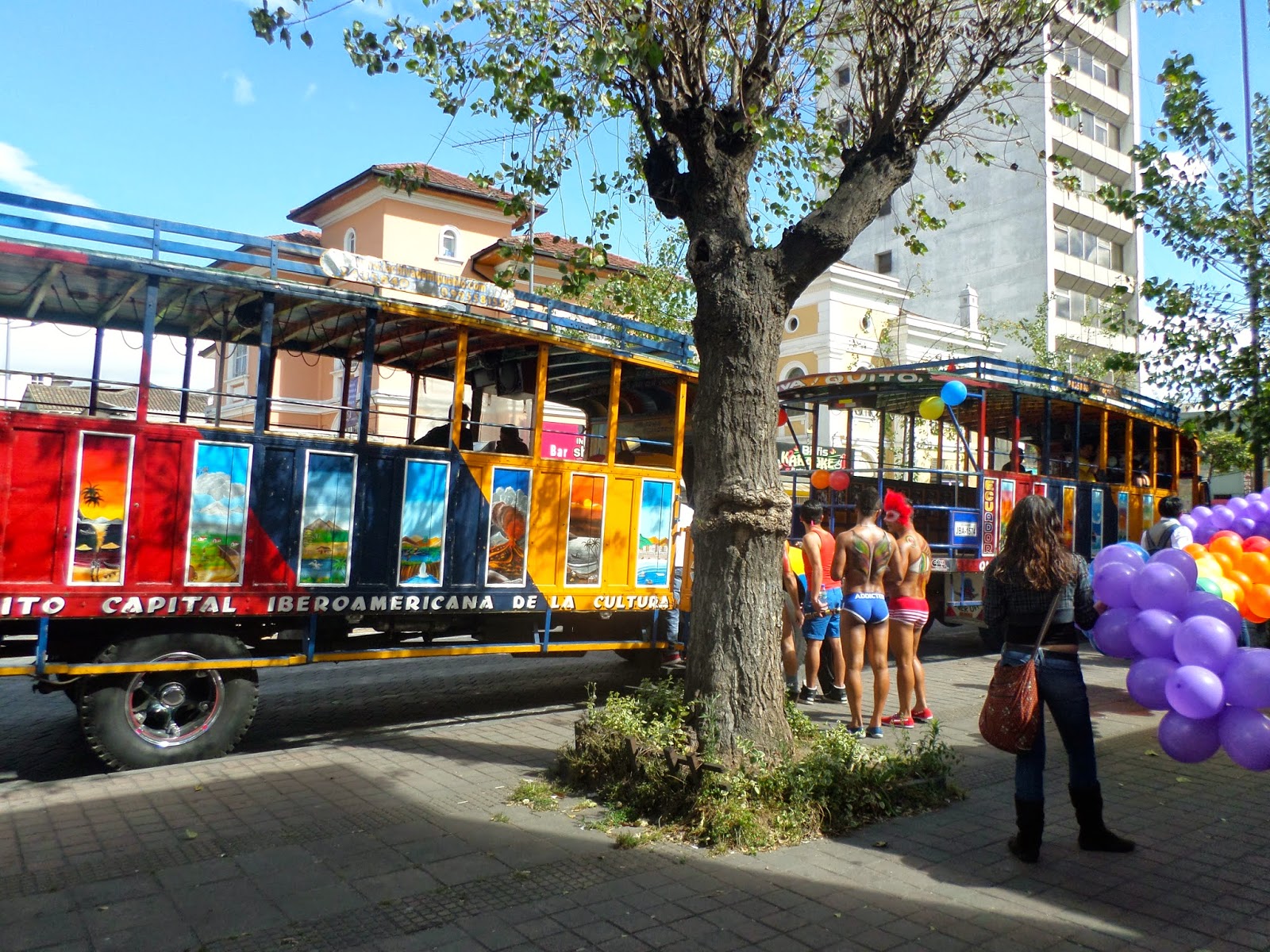 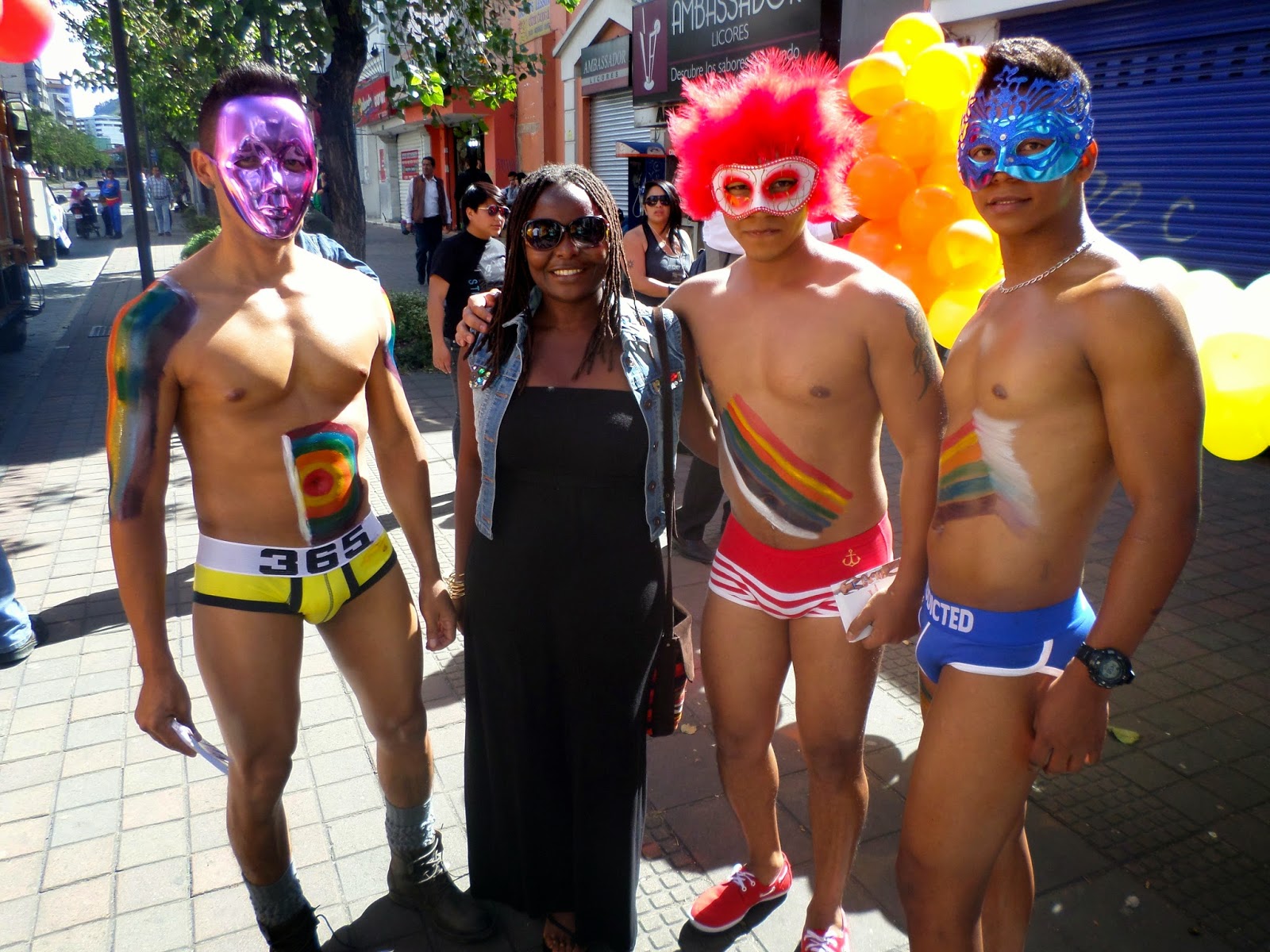 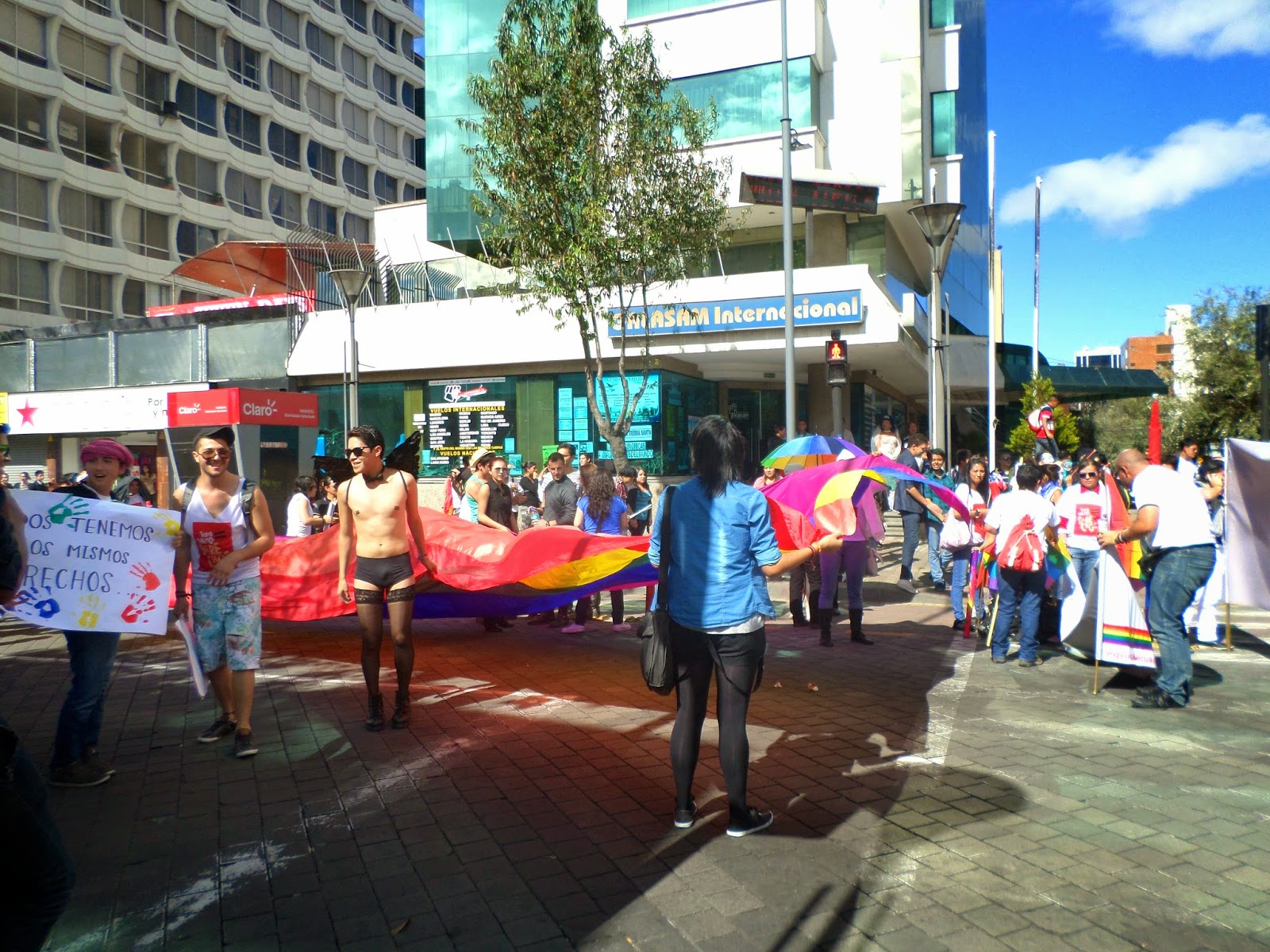 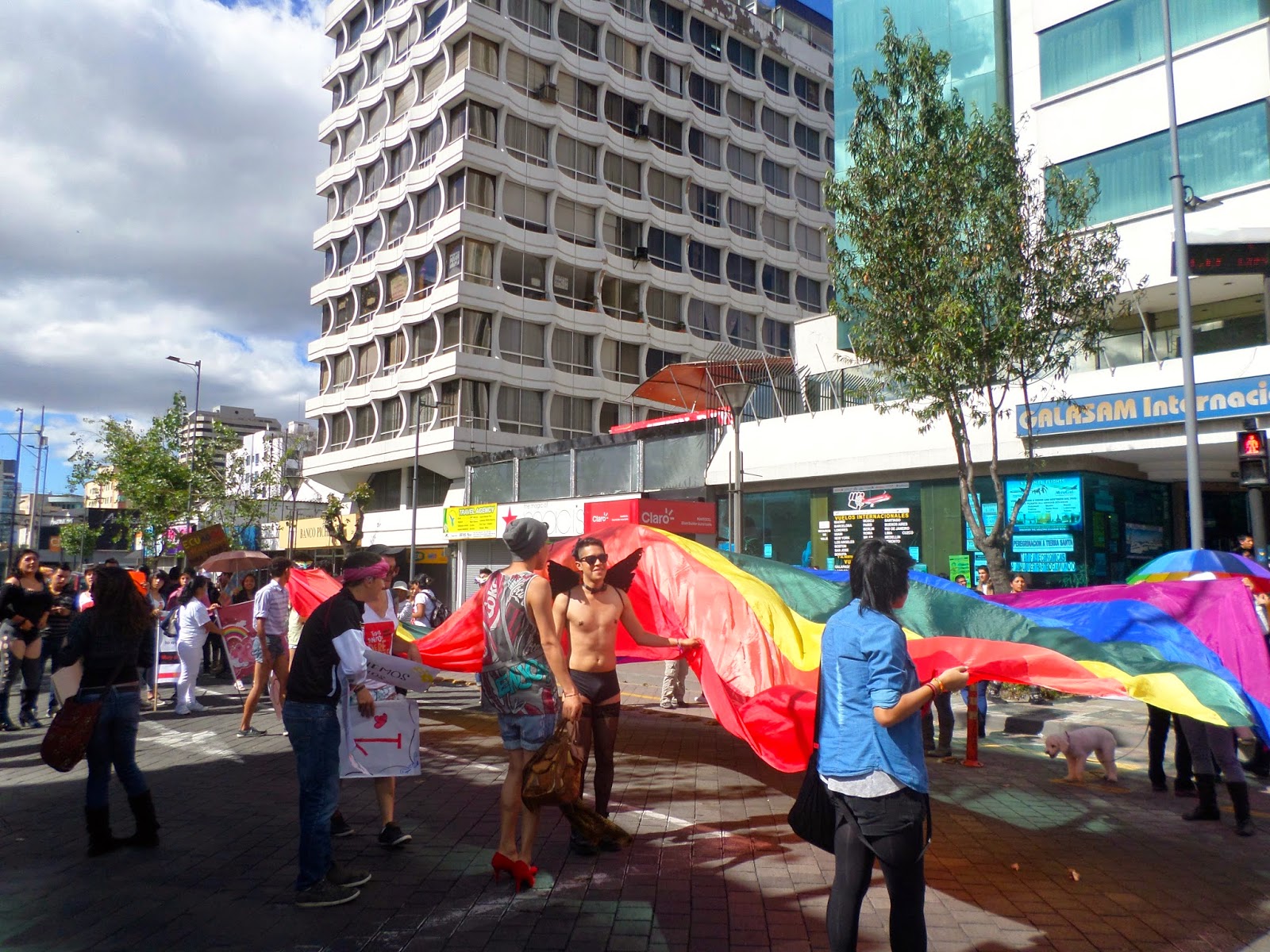 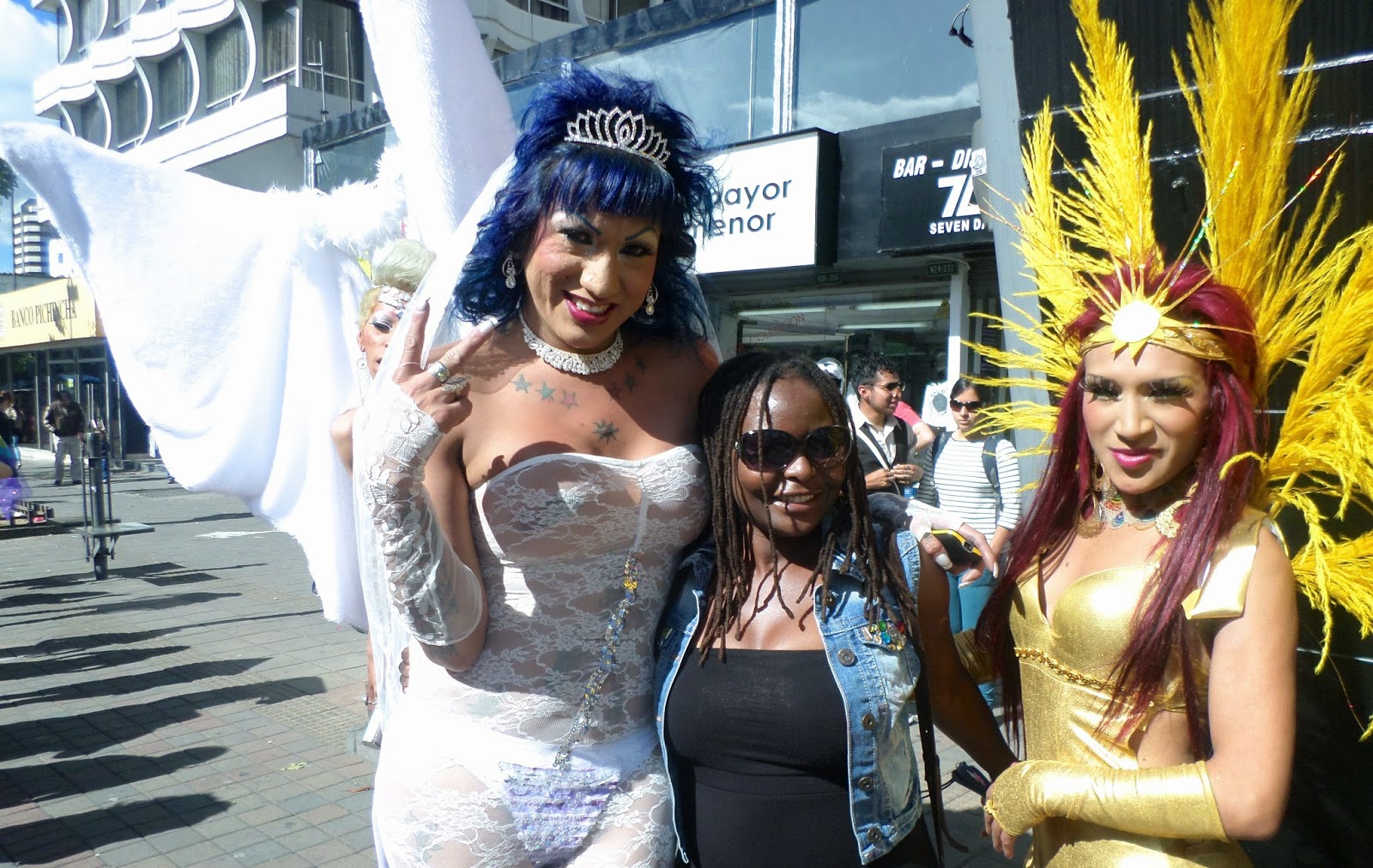 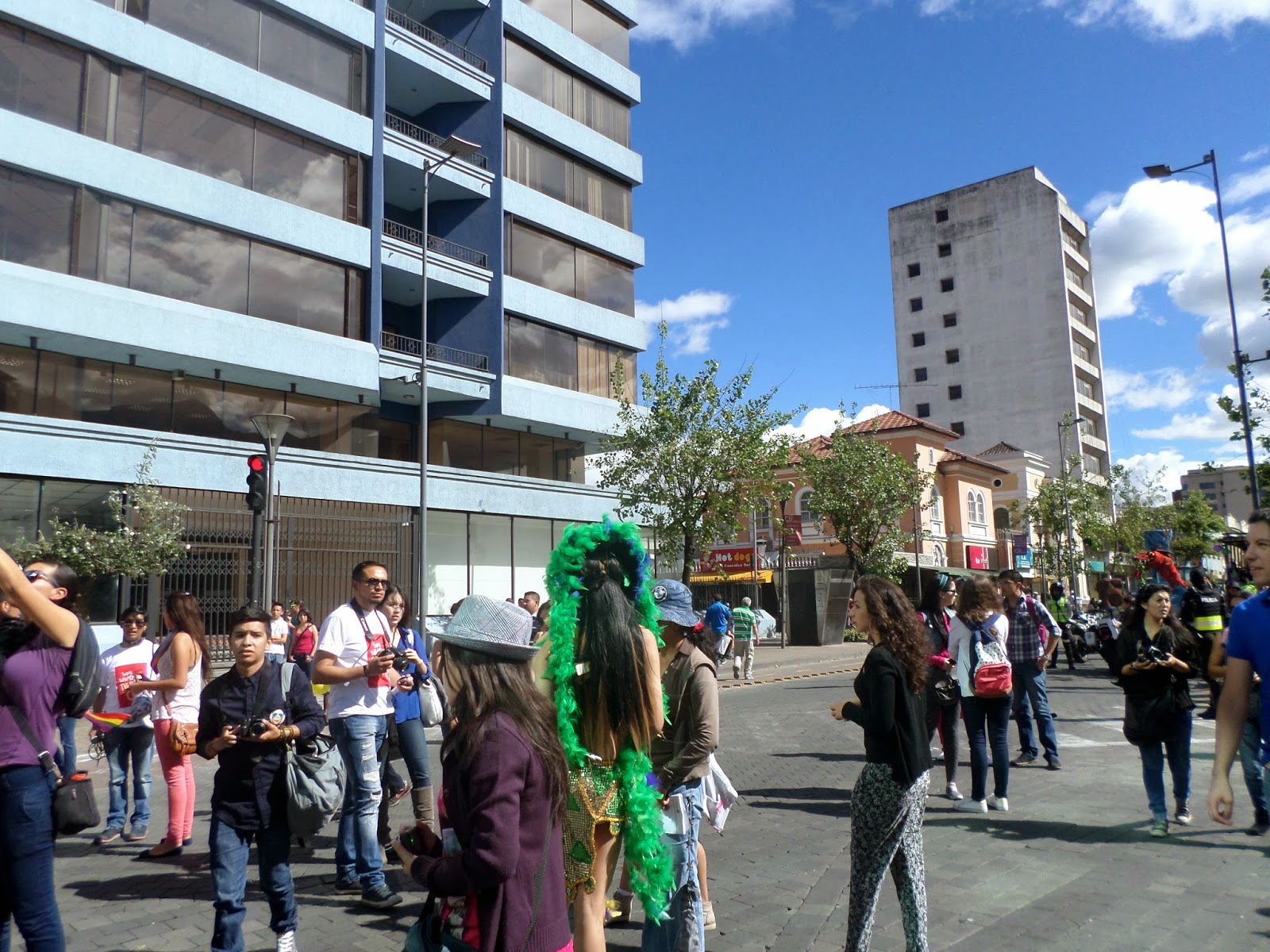 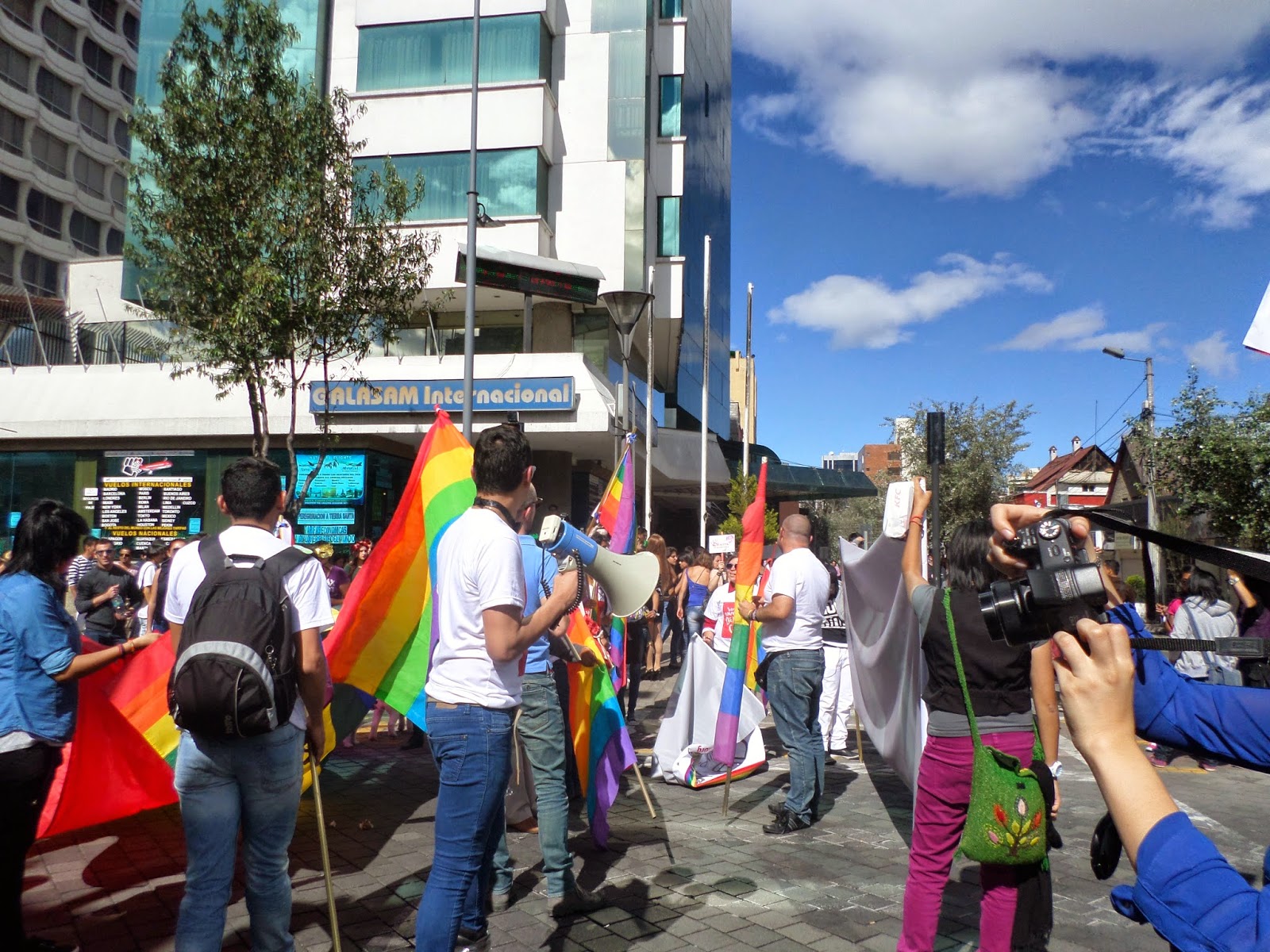 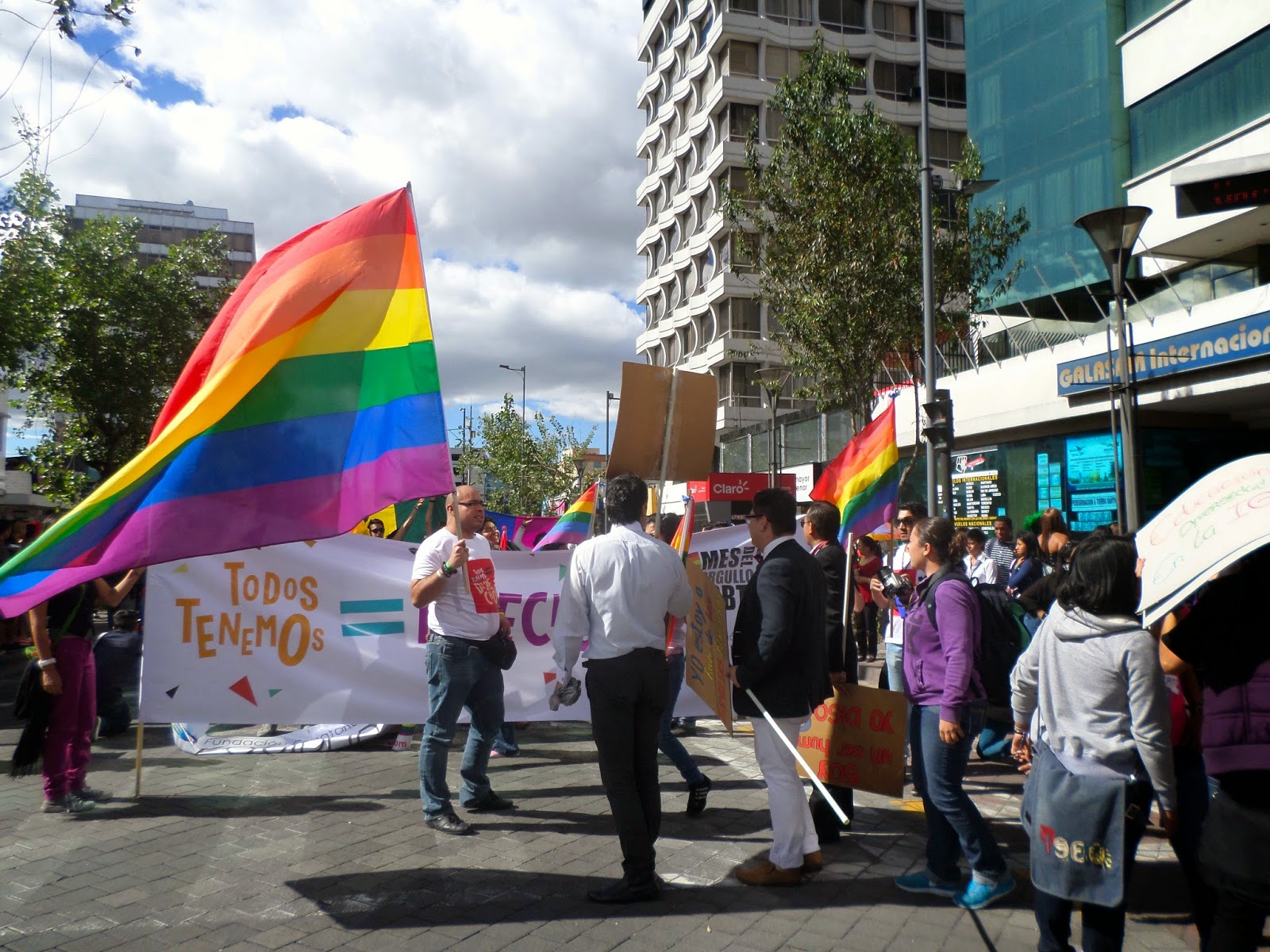 That's it folks, this past weekend a lot did happen that I almost forgot about the gay pride parade until I came across the pictures in my computer. I was glad that by the time I was leaving the parade my friend was feeling more comfortable and did not mind being alone, he even managed to make some friends so I felt happy for him. He was so excited.

I am glad to say that I have made some friends in this city and I don't even want to think of the time I will have to leave because saying goodbye will suck.

This city feels more like home as each day passes. I have my favorite restaurants depending on the kind of food I want for the day, I am more familiar with some of the streets and I can direct taxi drivers to my place, I have my favorite streets that I like taking walks along and I have met amazing people whom I am sure I will be in touch with even after I leave.

There is this Dominican restaurant I frequent and whenever I don't stop by for lunch the ladies who work there ask me where I have been. We have developed a rapport and I always tell them that I have to try other restaurants but will keep returning to theirs because their food is good, they always laugh when I tell them this. For real, their food is tasty and really cheap too!

I am now thinking about visiting Cuba. I met this really sweet artsy guy through my Spanish teacher and hanging out with him feels like I am hanging out with a friend I have known for a long time, he visited Cuba and his fascination with the country got me curious about checking it out. He wants to introduce me to all his Cuban friends in Quito and he says I will have fun with them since I love to dance and I enjoy salsa music. This coming Wednesday we are actually going to the home of one of his friends who is a Cuban musician and dancer.